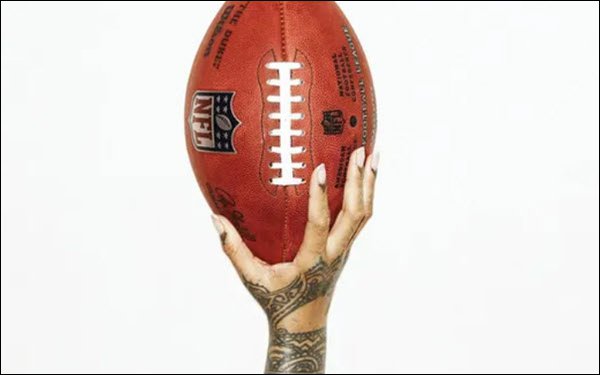 Rihanna has signed to headline the halftime show during Super Bowl LVII, to be held Feb. 12 in Glendale, Arizona’s State Farm Stadium and broadcast by Fox.

The NFL announced the news in a social media post on Sunday afternoon, sharing a photo of Rihanna’s hand holding a league football (above) with the caption “Let’s GO.”

Last week it was announced that Apple Music will be the presenting sponsor of the event, with Pepsi stepping down from that role after a decade, to become a regular sponsor. The NFL reportedly set a price of $50 million for the multiyear halftime show presenting partnership.

“We are thrilled to welcome Rihanna to the Apple Music Super Bowl Halftime Show stage,” Seth Dudowsky, head of music for the NFL, said in a statement. “Rihanna is a once-in-a-generation artist who has been a cultural force throughout her career.”

“Rihanna is an incredible recording artist who is a favorite for many millions of Apple Music customers around the world, added Oliver Schusser, vice president of Apple Music and Beats.

The show telecast will be executive-produced by DPS with Roc Nation and Jesse Collins, with Hamish Hamilton serving as director.