Vital Farms Hatches Another Round Of 'Bullsh*t Free' Egg Callouts 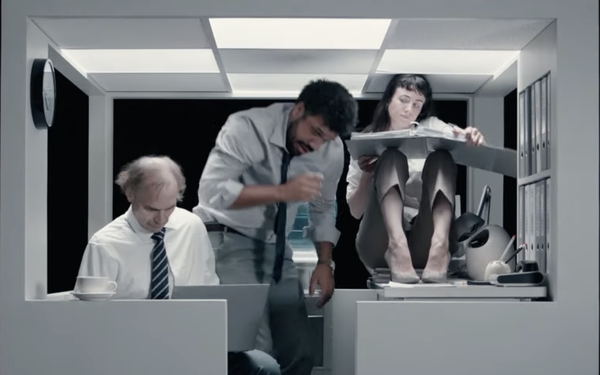 If a creative concept works, just keep it going—even if it relies on “bullsh*t.”

In the case of Vital Farms Inc., it’s the continuation of the “Bullsh*t Free” platform that launched in 2017 to showcase the pasture-raised brand’s eggs and butter sourced from small farms.

The latest campaign shifts attention from chickens themselves to humans and competitors’ poultry practices—particularly with regard to cage-free claims.

“When you unpack what cage-free is, a lot of those hens are cramped super-tightly in warehouses and not getting more than a foot of space,” Justin Ralph, creative director at the Preacher agency, tells Marketing Daily.

So why not show people in similar surroundings?

Preacher does just that in this spot in which three office workers are crammed into a tiny, square space.

Another commercial calls out companies for naming themselves after meadows and valleys and farms when their hens “don’t roam on meadows, valleys or farms. Maybe we should call ourselves Vital Actual Farms,” the voiceover says.

According to Ralph, “They’re meant to be representative of the kinds of names and imagery that are often used in the food industry to make consumers feel good about where their food comes from—even if that place it’s coming from looks more like a factory than a farm."

Founded in 2007, Vital Farms is the #2 egg brand in the United States.

“We have seen 33% year-over-year growth in household penetration on average over the past 10 quarters,” president and CEO Russell Diez-Canseco told financial analysts on a Q2 earnings call last month.

“We have proven that our brand story is compelling and our investment in building awareness leads to sales growth.”