Can Its New Partnership With Dick's Fix Peloton? 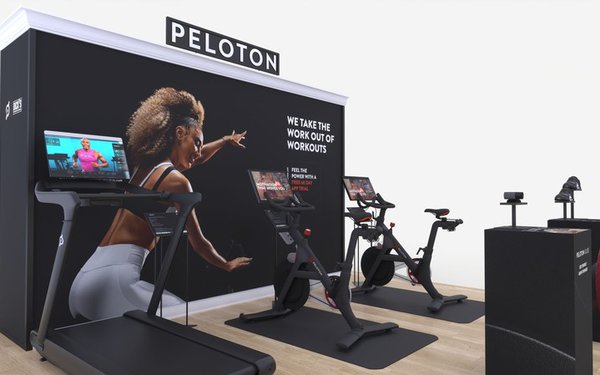 Peloton may still be on the ropes, but its just-announced arrangement with Dick's Sporting Goods shows it can go at least a few more rounds.

The company will sell its bikes and treadmills this holiday season at more than 100 Dick's brick-and-mortar locations, offering the Peloton-curious their first-ever chance to see the equipment at an independent retailer.

The news is the latest update from the distressed company, which is making a flurry of changes to turn around sales and increase its flagging membership.

In late August, it announced a quarterly loss of $1.2 billion, a 28% decline in revenues, and numbers that show its fans are less devoted. The average number of monthly workouts per subscription dropped 26%.

The New York-based fitness company said it had begun selling its gear on Amazon. Then it announced the resignation of co-founder and executive chairman John Foley and Hisao Kushi, chief legal officer. Soon after, chief marketing officer Dara Treseder left for the CMO role at Autotrader.

The company also recently unveiled Peloton Row, its first rowing product, and announced updates to Peloton Guide, its AI-powered strength trainer. And it expanded its partnership with United Healthcare, offering as many as 10 million UnitedHealthcare members a year-long subscription to the Peloton App Membership or a three-month waiver toward a Peloton All-Access Membership at no additional cost.

Peloton says the Dick's deal will expand its footprint and increase its potential audience, even as it begins to "aggressively" prune its fleet of 86 retail locations starting next year.

While Peloton's problems stem from losing its pandemic-era shine as more people head back to gyms and fitness studios and away from home-based workouts, it still intrigues consumers.

"Peloton is a powerful brand with a very loyal following and a product mix that's compelling for any fitness enthusiast," said Will Swisher, Dick's senior vice president, merchandising hardlines, in the announcement. "Being able to offer Peloton to our athletes -- and to provide an in-store experience for them to see and test products -- gives us and Peloton extended reach into the fitness market."

Observers are encouraged by the move.

The new partnership with Dick's "is a major win for Peloton and provides the company with some much-needed good news," writes Neil Saunders, managing director of GlobalData. "Dick's strong presence and deep customer reach give Peloton a significant platform."

Still, he points out Peloton is struggling against two key trends: The waning demand for home exercise equipment, and a sputtering economy, which may make consumers wary of buying Peloton's pricey connected-fitness machines.