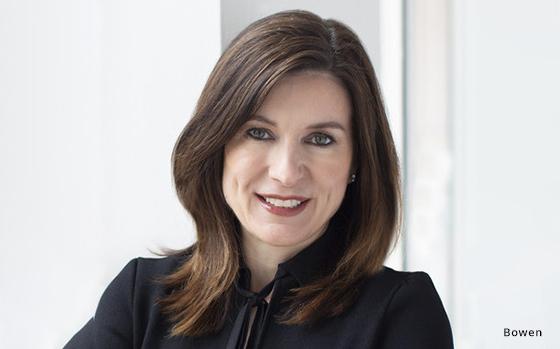 The position has been open ever since Michael Paull was promoted from that post to president, direct-to-consumer of Disney Media Entertainment & Distribution in January of this year.

Bowen has led global business operations for Disney’s streaming platforms, including Disney+, since its launch in November 2019. During that time, Disney+ expanded  to 154 markets globally with 152.1 million total subscriptions by the end of the third quarter in 2022.

She joined Disney in 2017 as senior vice president, digital media and chief technology officer of the company’s international operations.

Before coming to Disney, Bowen was chief technology officer of News Corp Australia, where she was responsible for the digital strategy -- including the move to digital subscription business models and the launch of new digital advertising offerings.

In January, Walt Disney made other senior level changes -- promoting Joe Earley to president of Hulu from executive vp of marketing & operations for Disney+. At  the same time Rebecca Campbell was given an expanded role as chairman of international content and operations.