Good Week For Pharma Breakthroughs, From ALS To ALZ 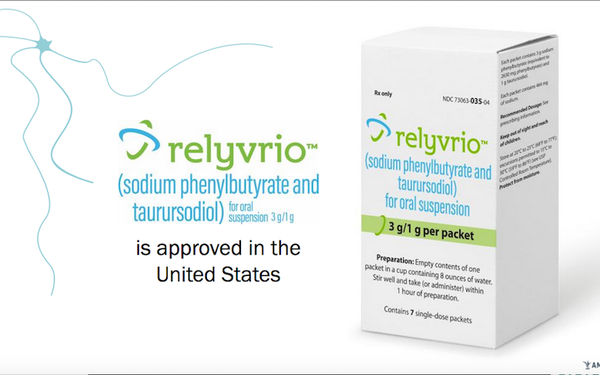 Rarely does a rare disease get as much attention as it did with Thursday’s U.S. Food & Drug Administration (FDA) approval of Amylyx Pharmaceutical’s Relyvrioto slow down the progression of the neurodegenerative disease ALS (amyotrophic lateral sclerosis, or Lou Gehrig’s Disease).

Nor does a fairly common disease like Alzheimer’s see a breakthrough as big as Wednesday’s announcement that a drug test by Biogen Inc. and Japan’s Eisai Co. had slowed down progression of the incurable neurological disease.

In the U.S, about 29,000 people have ALS, while more than 6 million have Alzheimer’s, according to Amylyx and the Alzheimer’s Association (ALZ) respectively.

Drug companies Amylyx and Biogen are both based in Cambridge, Massachusetts. While the latter has been developing neurological drugs since 1978, the former was formed just nine years ago with the express purpose of fighting neurodegenerative diseases in general and ALS in particular.

On a call with investors Friday morning, Amylyx co-chief executive officer Justin Klee said Relyvrio will be available to ALS patients in four to six weeks.

Fellow co-CEO Josh Cohen, who co-founded the company with Klee while both were undergraduates at Brown University, noted that “people with ALS and their families have no time to wait.” He pointed out that most patients die less than three year from the onset of symptoms, and under two years from diagnosis.

Margaret Olinger, Amylyx chief commercial officer, said the wholesale cost of Relyvrio will be $12,504 for a month’s supply, but the company is working with insurers to bring co-pays down to zero and to provide it at no cost to the uninsured or underinsured.

Over the years Amylyx has worked closely with the ALS Association, which boasted of investing $2.2 million toward development and trial of Relyvrio. The funds came from 2014’s “Ice Bucket Challenge,” the Facebook phenomenon where 17 million people poured buckets of ice water over their heads to raise money to fight ALS.

“We have spent many years listening to and engaging with the ALS community,” said Olinger. One of the results of that relationship is the new ACT (Amylyx Care Team) program, a support team in which every patient/family will get a single dedicated point of contact to address such needs as reimbursement, insurance, financial assistance, and working with the three specialty pharmacies that will dispense the drug. The next few weeks, leading up to the drug’s availability, will be spent enrolling people in the ACT program, she said.

The Alzheimer’s Association, meanwhile, applauded Biogen and Eisai’s clinical trial of what’s currently called lecanemab, calling it  “the most encouraging results…treating the underlying causes of Alzheimer’s to date.”

Lecanemab, targeted at patients with a mild form of Alzheimer’s, has been under the FDA’s Accelerated Approval Pathway since July 2022, with the deadline for possible approval coming in January 2023.

“Lecanemab, if approved, can potentially slow the progression of Alzheimer’s disease, and provide a clinically meaningful impact on cognition and function,” said Biogen Chief Executive Officer Michel Vounatsos in announcing the study results.

In an analysis of the leecanemab news, Reuters pointed out that two other pharma companies -- Roche and Eli Lilly -- also stand to benefit from the positive results. That’s because they’re doing their own trials of drugs that similarly target the removal of a specific protein called amyloid beta from the brain, Reuters wrote.

Salim Syed, a senior biotech analyst at Mizuho Americas, told Yahoo Finance that Biogen and Eisai can expect to split $8 billion “in peak sales” for lecanemab, or about 10% penetration of the market.