Sexual-Wellness Brand CEO: 'I'd Love To Do An ESPN Commercial' 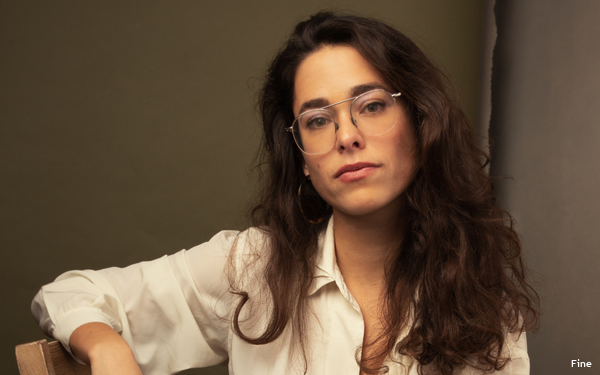 When Alexandra Fine was a first grader in the 1990s, her aunt in Manhattan brought her to party where she first encountered drag queens.

“I went back to show-and-tell and told my whole first-grade class about the difference between being a drag queen and being transgender—and I got in trouble,” Fine tells CPG Insider.

“That was an early moment for me when curiosity and excitement for life and what life can be was just, like, totally shut down and nobody could explain why. I could not understand what I had done wrong.”

Fast-forward to 2011, when Fine earned a master’s degree in clinical psychology at Columbia University.

She then helped sell Babo Botanicals shampoo before deciding she wanted to start her own CPG business.

“All my ideas were kind of about my passion for passion. I also worked at Planned Parenthood and was passionate about sexual education. So sex toys felt like a really good idea.”

In this interview, edited for brevity and clarity, Fine talks about her co-founding of sexual-wellness brand Dame Products—where as CEO she oversees some 13 offerings—the company’s recent $7 million fund raise, and why she’d love to run commercials on ESPN.

CPG Insider: When did Dame’s first product hit the market?

CPG Insider: How else did you raise money?

Fine: We got Kickstarter to change their policy. They originally wouldn’t allow us because of the category—but they saw what we were doing, understood our positioning and reality, and they changed their policy. We raised about $400,000 in 30 days.

CPG Insider: Among your most recent backers were Amboy Street Ventures and Listen Ventures—both of which have women in high-level positions. Did that help at all?

Still, I would imagine men selling female-focused products do a better job raising capital than women do. It’s not so much the product. Sometimes it’s just the person pitching and our unconscious biases.

CPG Insider: What types of advertising media have you used?

Fine: We’ve never been reliant on social media platforms. We love doing affiliate marketing. We also do podcasts and influencer marketing and out-of-home every now and then.

CPG Insider: If you had a big television budget, where would you be?

Fine: We’ve run ads on “RuPaul’s Drag Race” and done other OTT marketing. Those have worked decently well. I’d like to be on Bravo and Lifetime and would love to do an ESPN commercial.

Fine: Between 30% and 40% of my purchases come from men, and 70% of my customers are in relationships. So even though a lot of the toys we make are for vulvas and vaginas, partners are a big part of the conversation. So including them is great.

CPG Insider: So you’d appear in between beer commercials?

Fine: I would make it look just like a beer commercial. It would be so much fun.