Noah's Arc: 'Daily Show' Lost A Million Viewers When He Was Host 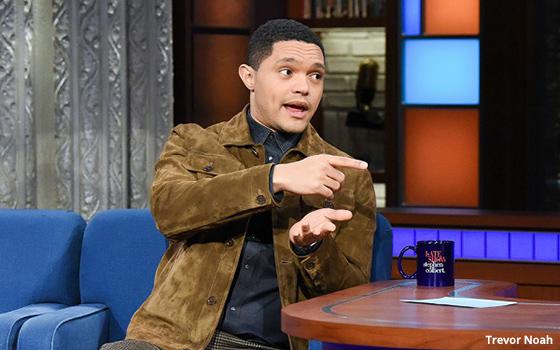 Live ratings for “The Daily Show” are in the tank, which may have been a contributing factor in Trevor Noah’s decision to quit the show.

While this is merely speculation at this point, trade-press news coverage in the wake of his surprise announcement on September 28 used words such as “cratered” and “nosedive” to describe the show’s audience decline in the seven years he has hosted the show.

In addition, the show reportedly declined 81% in the demo (18-49) in those seven years, according to news reports.

The stories tend to absolve Trevor Noah or “The Daily Show” generally for the show’s ratings nosedive.

Instead, the stories position the host and the show as mere bystanders caught up in circumstances beyond their control -- namely, the same trends in audience erosion that have long been impacting linear television and continue to do so.

In addition, the late-night shows are beset with issues that are unique to them, the stories all say.

It is a piece of wisdom that has become conventional: Late-night TV shows today are consumed in large part in bits and pieces on social media and elsewhere on the day after their interviews and comedy segments air.

As a result, live viewing has hit the skids as millions who once stayed up late to watch the late-night shows are now opting in huge numbers to simply enjoy the shows’ best parts on the day after, says the conventional wisdom.

The TV Blog concedes that this scenario rings true. But to what extent? Doesn’t a TV show and the people who produce and stage it bear at least some responsibility when a show loses three-quarters of its audience in seven years?

Or to put it another way, don’t the qualities of a show matter anymore when considering why a show succeeds or fails?

Blaming nebulous “viewing trends” seems like an easy way out for talent -- both in front of and behind the cameras -- to avoid blame and uncomfortable questions about the roles they may have played in the decline of their show.

Maybe at least part of the truth is that more people liked Jon Stewart than Trevor Noah, and when Stewart left, their “Daily Show” was not the one they loved, so they bailed.

And now, Trevor Noah is bailing too on a date that has yet to be announced.