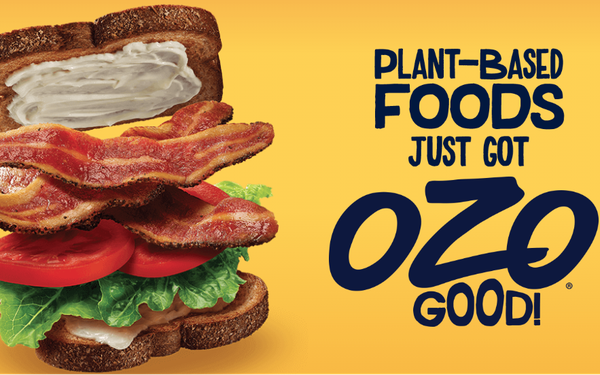 At the retail level, the plant-based meat substitute category can be categorized as too many SKUs chasing too few consumers.

And now that space is about to get slightly less jam-packed.

JBS USA says it will shut down its Colorado-based Planterra Foods unit, which introduced the plant-based, meat-alternative brand Ozo in 2020.

A unit of Brazilian meat processor JBS S.A., JBS USA said in a statement to various news outlets that its parent company would focus on its plant-based operations in Brazil and Europe.

When Ozo launched, JBS USA said its products were “powered by an exclusive proprietary blend of pea and rice protein fermented by shiitake mushrooms,” with no cholesterol and less calories, fat and saturated fat than 80% lean ground beef.

Ozo has since gone all in on plant-based offerings—including alternatives to bacon, burgers, chicken, turkey, meatballs and sausages.

“It tends to happen over and over again,” Gary Stibel, founder and CEO of New England Consulting Group, tells Marketing Daily. “Everybody rushes to pan for gold and a few people actually get rich. But the majority of them end up waiting tables for the rest of their lives.”

In June, Kellogg Co. said it would split into three separate companies by the end of 2023— one of them tentatively called Plant Co., whose main brand is plant-based MorningStar Farms.

The other two are Global Snacking Co. and North America Cereal Co.

“One of the reasons to divide a company into pieces is so that you can sell some of them and keep the ones you want,” says Stibel. “It is likely that they are thinking of exiting one or even more of those businesses.”

Asked whether MorningStar Farms might be offloaded, Stibel adds, “MorningStar has done better than most, so I would be surprised if that were sold off. But if they do sell, MorningStar, that is one of the better brands and businesses in plant-based protein today.”

According to Jonna Parker, principal at research provider IRI Fresh, “Plant-based has had a lot of new entrants in the last few years, but the concept of helping shoppers find solutions when they don’t want to eat animal-based protein has long-term potential.

“Success will require generating demand for specific solutions and brands.”

In media venues tracked by Kantar—excluding social—Ozo spent $28,570 on advertising in the first six months of this year, compared to $47,005 in the same period of 2021.