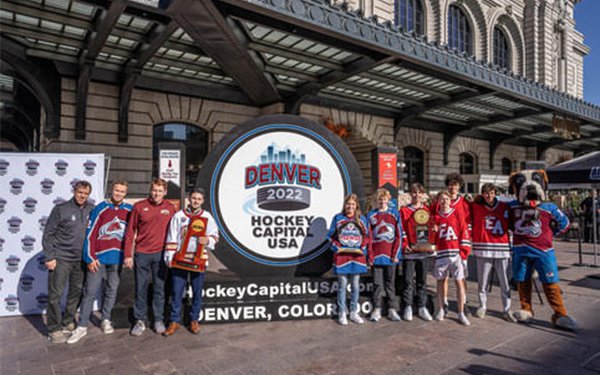 Denver is serious about hockey.

"Visit Denver and the Denver Sports Commission are showing our shared pride in each win by launching a campaign that is seen and heard throughout the city," said Richard Scharf, president and CEO of Visit Denver.

Also, at the Denver International Airport, guests will be welcomed with a Hockey Capital USA digital billboard and a train message recorded by Avalanche players Gabe Landeskog and Erik Johnson.

Web banners will be running on partner websites, including Downtown Denver Partnership, Denver Chamber of Commerce, Visit Denver and City of Denver.