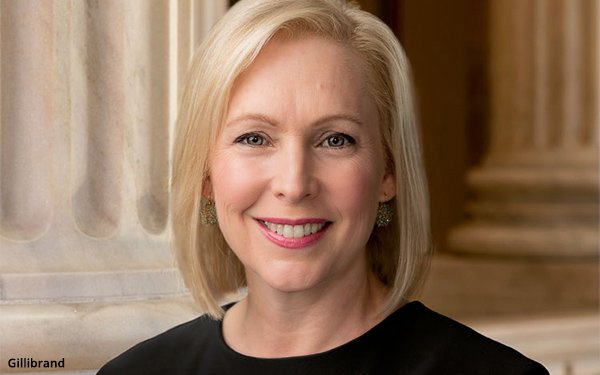 “It is imperative for the nation’s preeminent consumer protection agency, the Federal Trade Commission, to take a firm stance and create definitive rules regarding internet privacy to prevent future and compel the re-examination of current high-risk data practices,” Gillibrand writes in a letter sent to the FTC this week.

Gillibrand argues that the general lack of regulation today “has allowed for tech companies to run the industry how they want, with little regard for their users, especially regarding user privacy.”

Her letter comes in response to the FTC's “advance notice of public rulemaking,” issued in August, which seeks public comments on a broad range of questions related to so-called “commercial surveillance.”

The notice is the first step in a lengthy procedure that could result in rules that restrict “surveillance advertising,” loosely defined as serving ads to people based on their activities across websites and apps.

The group Privacy for America, which includes a coalition of ad industry organizations, said in August that Congress, not the FTC, should set privacy standards.

Gillibrand urges the FTC to draw on concepts in her proposed Data Protection Act, which provides that privacy harms can involve psychological injuries -- such as anxiety and embarrassment.

“In recent times, the trading of consumer data has been taken as a fait accompli, with consumers have little to no discretion to their own, personal, and sometimes confidential, data,” the lawmaker writes. “The FTC should use their rulemaking authorities to set strict guidelines, so consumers have the best information at their disposal to know which products pose a serious threat to their data.”