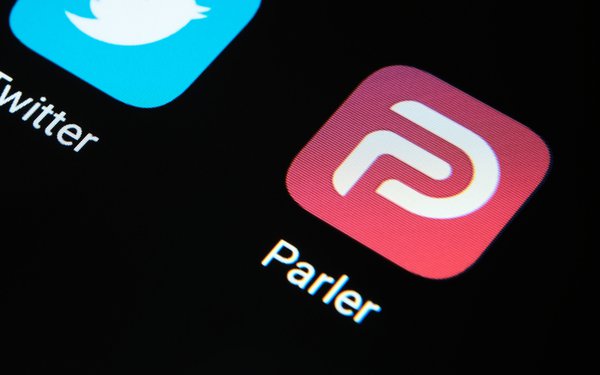 The move follows his suspension from Twitter and Instagram for posting anti-Semitic comments, including alluding to a conspiracy theory that rapper Sean “Diddy” Combs is being controlled by Jewish people, and declaring that he will go “death con 3 on JEWISH PEOPLE.”

Like his friend Elon Musk, whose on again, off again acquisition of Twitter currently appears to be on again, Ye, whose net worth is reportedly about $2 billion, purports to be a champion of free speech.

“In a world where conservative opinions are considered to be controversial we have to make sure we have the right to freely express ourselves,” he said in a statement in Parler’s announcement of the acquisition agreement.

Ye, who built his fortune through his Yeezy sneakers and clothing brand and partnerships with Gap and Adidas, as well as his music, cut ties with Gap recently. Adidas has put its nine-year relationship with the rapper under review. And JPMorgan Chase last month decided to end its relationship with Ye and Yeezy.

Four months before the election in 2020, he declared he was running for president — an aborted stunt widely interpreted as an attempt to help Donald Trump by attracting young voters away from Joe Biden. Musk tweeted his full support.

The rapper announced his name change in October 2021.

Parler, which calls itself the “free speech” platform, was removed from Google Play, Apple’s App store, and Amazon Web Services in early 2021, as a result of its having been used to help organize the January 6th insurrection.

It was restored to Amazon in February 2022, after addressing content that a court ruled threatening public safety, including speech inciting and planning “the rape, torture, and assassination of named public officials and private citizens.” The Google Play Store reinstated Parler in September.

Also in September, Parler restructured as Parlement Technologies Inc. after securing $16 million in Series B Funding, for a total of $56 million in funding to date, and acquired private cloud company Dynascale Inc. The company said it will develop a diversified portfolio of tech and platorms to “power the future of free speech.”

Ye’s acqusition “will change the world, and change the way the world thinks about free speech,” Parlement Technologies CEO George Farmer declared in a statement. “Ye is making a groundbreaking move into the free speech media space and will never have to fear being removed from social media again. Once again, Ye proves that he is one step ahead of the legacy media narrative. Parlement will be honored to help him achieve his goals.”