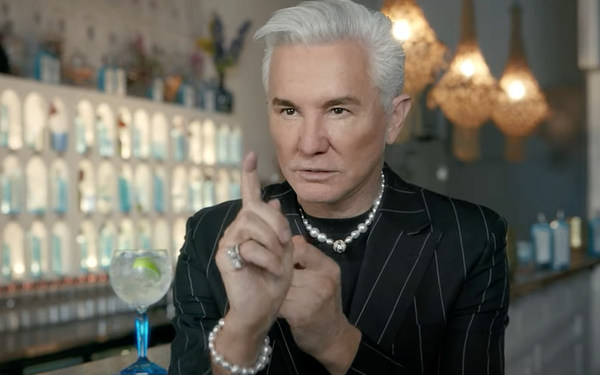 Bombay Sapphire gin is extending its Stir Creativity brand platform with a 10-country campaign that gives people the chance to exhibit their creative output at major art venues next April.

The campaign, titled “Saw This, Made This” is fronted by Australian director Baz Luhrmann, whose film credits include “Moulin Rouge!” in 2001 and this year’s “Elvis.”

In this campaign spot from AMV BBDO, Luhrmann explains how his life experiences shaped his creative process and encourages viewers to express creativity by “reframing” the world around them.

“When people ask me where I draw my creative inspiration from, I’ve always said I just start looking right in front of me. I grew up in a tiny country town in the middle of absolutely nowhere,” he explains.

“My constraint physically meant that I had to move through time and space mentally…to have to imagine the extraordinary from the ordinary.”

People who do the same can share their resulting creations on social media via the tag Bombay Sapphire #SawThisMadeThis.

Throughout the campaign, Luhrmann will share on social media the entries he finds the most creatively inspiring.

Submissions also will appear on a dedicated website and select ones will be exhibited at the Design Museum in London and other art venues for World Creativity Day on April 21.

“This is the first time that Bombay Sapphire has worked with creative genius Baz Luhrmann in such a huge capacity and on a major campaign,” Bombay Sapphire North American brand director Jaime Keller tells Marketing Daily.