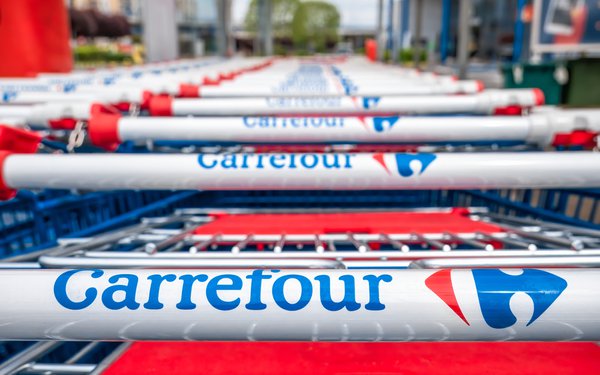 Publicis Groupe and multinational supermarket and convenience store giant Carrefour said Tuesday they were joining forces to create retail media networks in continental Europe, Brazil and Argentina.  The joint venture will be 51% owned by Carrefour and 49% by Publicis Groupe.

It is expected to begin operations in the first half of 2023.

The companies said that the effort would be driven by Publicis Groupe’s retail media platform CitrusAd powered by Epsilon and the data and the retail media expertise of Carrefour Links, the company’s in-house retail media platform, which has access to first party data from Carrefour’s nearly 14,000 stores in 30 countries. That equates to about 8 billion transactions annually and 80 million customers worldwide.

Publicis Groupe acquired retail media platform CitrusAd in July 2021 and spent a year integrating the operation with its Epsilon data unit. With media retail sales expected to reach $60 billion in the next couple of years, the integration was designed to create an enhanced retail media service that combines CitrusAd’s in-store capabilities with Epsilon’s off-site scalability (it has 300 million unique consumer IDs in its database).

The partners said they intend to create a platform that’s open to other retailers with an eye toward accelerating the growth of retail media in Europe and Latin America. Carrefour Links already serves more than 300 partner brands.

Alexandre Bompard, Chairman and CEO of the Carrefour Group, stated, “We realized very early on that our data had enormous value potential and were one of the first distributors to get into retail media by creating Carrefour Links. Our alliance with Publicis allows our model to change dimension. With them, we will go up the value chain, by creating retail media solutions ourselves, and we will set out to conquer new markets throughout continental Europe and Brazil. Today, Carrefour's digital transformation has reached a new milestone and gives it access to a rapidly growing market.”

Publicis Groupe CEO Arthur Sadoun added, “Until now, due to market fragmentation in Europe and Latin America, it has been difficult for brands to fully exploit” the potential of retail media. “That's why we decided to act. By joining forces with Carrefour, a pioneer in retail media in Europe and Latin America, we will be able to offer our customers an unparalleled understanding of consumers and direct access to the best inventories, those that generate conversion rates and return on highest investment for advertisers. This is' a crucial step to help them regain control of their customer relationships, accelerate their preparation for a cookie-free world and implement the most effective media strategies.”