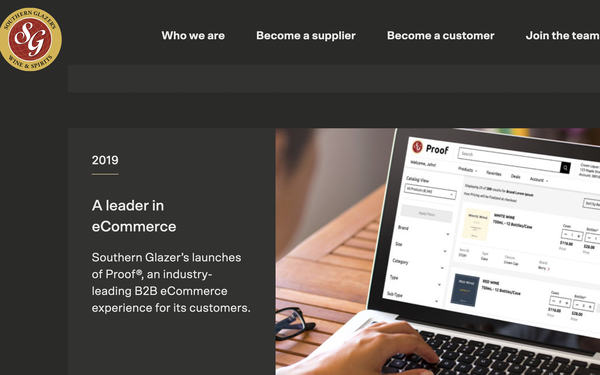 As first reported by the San Francisco Chronicle, on Oct. 26 agents from the Internal Revenue Service and the Alcohol and Tobacco Tax and Trade Bureau spent several hours at Southern Glazer’s offices in Union City, California.

The newspaper quoted an IRS officer as saying that the agents “were engaged in an official activity at Southern Glazer’s,” adding no specific information on the purpose of the raid.

Wine-Searcher quoted beverage alcohol attorney Sean O’Leary as saying “This is unprecedented that the IRS and the TTB have done a raid on a major business.”

Media outlets that reported on the raid also mentioned a class-action suit against the Miami-based Southern, filed in June by several California liquor retailers.

Instead of challenging the substance of the allegations, Southern Glazer’s spent the interim months arguing that the dispute should be settled by arbitration and moved from California to Florida.

Nonetheless, last month a U.S. District Court judge in California scheduled a trial by jury in that state for Dec. 5.

The judge’s decision was filed five days before the raid by federal agents.

In the lawsuit, at least five independent liquor stores accused Southern Glazer’s of price discrimination under the Robinson-Patman Act (RPA) because of how it treats them versus major retailers.

The suit described Southern Glazer’s as the “exclusive California supplier of most of the top brands on the market,” including Bacardi, Captain Morgan, Grey Goose, Hennessy, Jameson, Johnnie Walker and Tanqueray.

“For years, Southern has continuously violated the RPA by selling those and other brands of liquor to retail chain stores like CVS, Walgreens, Costco, SuperValu and Kroger” at prices “that are far lower than Southern charges to those giants’ competitors for retail-level liquor sales in California,” the suit alleges.

In response, Southern Glazer’s has noted that when the plaintiffs used the company’s Proof online portal, the terms they agreed to included that any disputes would be solved by arbitration.

“By acceding to these contracts, Plaintiffs agreed to arbitrate their claims and waived their right to participate in a class action against Southern,” Southern Glazer’s said in a court filing.

As reported by Wine-Searcher, in 2017 Southern Glazer's paid a $5 million fine in a Pennsylvania "pay to play" case in which the wholesaler had offered incentives to employees of the state's liquor control board that included between $20,000 and $40,000 in cash

Representing more than 5,000 brands, Southern Glazer’s is the nation's largest wine and spirits distributor, with operations in 44 states.