Big Awards For Movies, TV Shows: What That Means For Streamer Platform Success 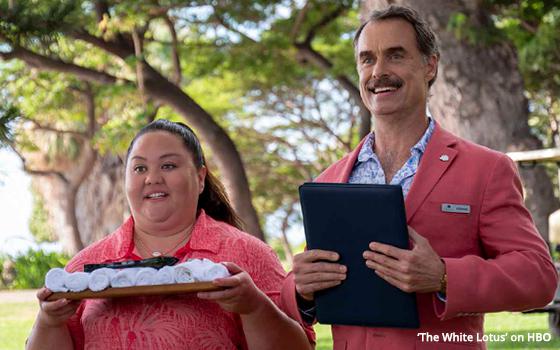 Warner Bros. Discovery’s HBO Max may seem to be behind the eight ball when it comes to subscribers next to the likes of Netflix, Amazon Prime Video, and Disney+.

But when it comes to actual award-winning TV and movie content? The longtime high-value HBO brand name -- which has aligned itself with big award trophies for decades -- continues to bring the goods.

Ampere Analysis says HBO Max has the highest number of award-winning pieces of content in the U.S. -- over 700 films and TV shows receiving trophies, followed by Netflix and Amazon Prime Video with over 500 titles each. This comes from surveying more than 35 global media awarding groups.

One would think HBO with its long association with quality entertainment, including more recent award-winning shows --  “White Lotus” or “Euphoria” and “Succession” -- would be enough for modern streaming consumers as a strong promotional tool.

But that is not the case. Consumers can look at the entertainment world with different perspectives. Much of this comes with perceived levels of content -- the more the better. If Netflix has more stuff than Amazon Prime Video, maybe that would be the go-to place.

More importantly, of course, consumers incorporate key popular TV shows into their determination -- for Netflix, that might be “Squid Game,” “Stranger Things,” or “Virgin River.”

In terms of awards, after HBO Max, Netflix, and Amazon Prime comes Hulu. For the latter, perhaps one can also believe it has also has lot of stuff to choose from, perhaps “The Handmaid’s Tale” or “Only Murders in the Building.”

Interestingly, Disney+ is way down on the platforms ranking. Is that an issue? It seems to have little effect on Disney+ still-rising growth -- now at 164.2 million subscribers, second only globally to Netflix.

(Ampere also factors in something called the Criterion Channel -- which culls classic movies from around the world -- many of which have pulled in big awards globally.)

Netflix seems to be in both worlds: Quality and quantity. The dominant streaming/CTV platforms are also the big providers of movies and TV shows less than ten years old -- with a massive 400-plus programming earning awards. That last point probably goes a long way with consumers.

Netflix has a propensity for quickly canceling TV series where it sees user data of shows slipping. Quick oustings of series with 9, 10, or 12 episodes per year can be stopped with little warning after only one, two or three years.

Modern streamers looking for major platforms -- that seems to be the message. More and fresher stuff, and hopefully a top-trending TV series or two.

The downside? A crazy $10 billion- to $15 billion-a-year production cost could now be the standard for many broad-based streaming platforms to achieve. And with that comes higher net losses.