Smithfield Wants Americans To Ham It Up For The Holidays 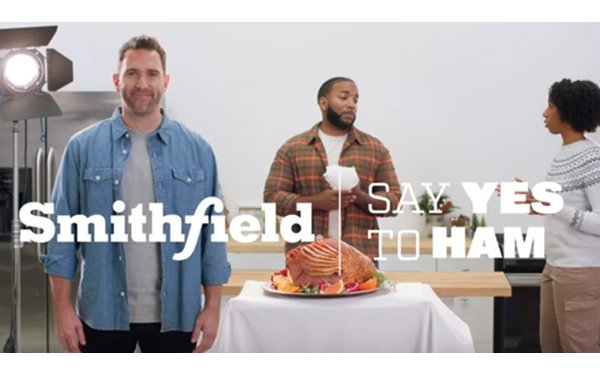 Smithfield, a leading pork provider, has launched their 2022 holiday campaign, which champions ham over turkey for all holiday dinners, beginning with Thanksgiving.

Chicago-based agency The Escape Pod produced the work, which highlights the fact all Smithfield products are made in the U.S. There are seven 15- and 30-second spots, such as "Anti-Turkey Carving."

The tagline: Say No To Turkey. Say Yes To Ham.

The cross-platform campaign runs in video, digital, social media, the company's site and in-store. The campaign kicks off in digital through the Thanksgiving season, then will drop more ads closer to Christmas.

“We needed to cut through the holiday clutter and show unapologetic meat lovers (UML’s) how to break from tradition and shake up their holiday meals,” said Tim Zimmer, CMO/EVP, Smithfield Foods.

Holly Willis, head of accounts, The Escape Pod, added: “We use our strategic and creative power to compel people to up their meat game. Messaging should be zeroed on a single brand proposition that strongly communicates a desired change in a more motivating way than the rest of the category offers.”

Smithfield pushes the idea that turkey must be thawed, stuffed and covered in gravy to taste good. But a Smithfield spiral ham is pre-sliced and offers a variety of flavors.