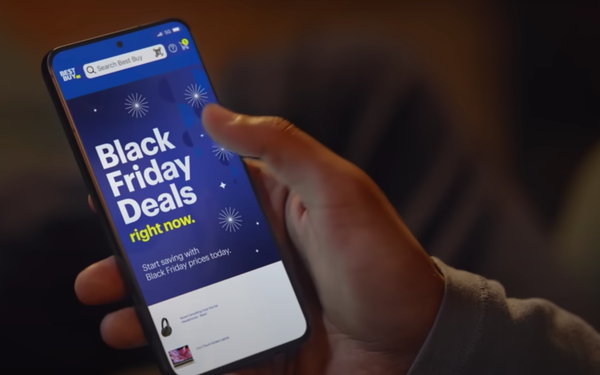 America is expected to storm back to stores this year. After several years of constrained in-person shopping, the National Retail Federation says it expects a record 166.3 million people to shop over Thanksgiving weekend. A separate survey from the ICSC, formerly known as the International Council of Shopping Centers, also predicts a strong turnout, with spending over the five days likely to increase 10% over last year, at about $125 billion.

The NRF says that’s almost 8 million more people shopping than last year, and the highest estimate since it started tracking in 2017.
The survey, conducted with Prosper Insights & Analytics, is based on responses from 7,700 adults.

“While there is much speculation about inflation’s impact on consumer behavior, our data tells us that this Thanksgiving holiday weekend will see robust store traffic with a record number of shoppers taking advantage of value pricing,” says Matthew Shay, president and chief executive officer of the NRF.

“We are optimistic that retail sales will remain strong in the weeks ahead, and retailers are ready to meet consumers however they want to shop with great products at prices they want to pay.”

There’s also a shift in gift card purchasing, with the NRF anticipating sales of $28.6 billion, up from $28.1 billion last year. Consumers say they’ll buy between three to four gift cards, spending about $50 each. Restaurants, department stores, and bank-issued cards are among the most popular, along with food delivery services.

The ICSC study looks closely at people’s financial worries, with 81% of respondents saying that inflation and interest rates will likely impact their shopping behaviors or payment methods throughout the holiday weekend.

About two-thirds name price and value as the most crucial factor in choosing where to shop, and 61% agree that the current economic situation makes it more important for them to find deals and discounts.

ICSC finds that 64% plan to shop in stores on Black Friday, with 37% planning to cut back on spending, 31% intending to use cash more than usual, and 23% opting for “buy now, pay later” options.