How Chobani Delivered Oat Milk To The Metaverse 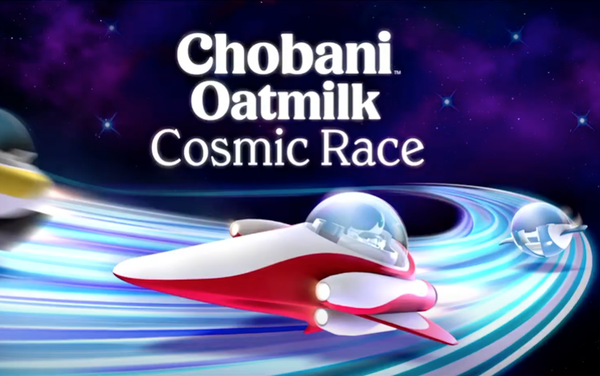 If oat milk really is “everywhere” it should have a presence in the metaverse.

That’s how Chobani expanded awareness of the fact that a company best known for yogurt had become a player in the oat milk space.

The vehicle was a custom-built game on the Roblox platform to reach consumers ages 18-34 in an initiative tied to a charitable cause.

Having launched oat milk in 2019, Chobani had already spread the word with creative that informed people “Chobani has oat milk, so everyone has oat milk.”

The brand decided its entry into the metaverse would focus on testing and learning, as opposed to correlating exposure with sales lift.

“This was going to be a place where it would be really hard to tie volume back to an initiative in the metaverse,” said Christie. “This was a total awareness play for us.”

After Chobani partnered with the Thinkingbox agency, Roblox—with some 200 million monthly global users—was selected over Horizon Worlds, Decentraland and Animal Crossing as the platform for the Chobani Oatmilk Cosmic Race.

“Even though kids were not our target market, by the summer of 2020, half of all U.S. kids were on Roblox. Which means there’s at least awareness—yes, among kids—but  also among their parents because they know what their kids are doing and what they’re up to,” said Christie.

Doing so, “we also found this white space of no other brand having a do-good initiative as part of their activation or entrance into the metaverse,” said Christie.

Here’s how the game worked: “We asked our racers to race around the planets and the cosmos as fast as they could, picking up oat milk and delivering it to planets along the way.”

Points that were collected unlocked custom Chobani merchandise, while total points were tallied in a “charity meter” with a goal of 18 million to unlock the donation to Hunger Free America.

Among the results were an increase of 1.5X of net favorability among the target audience during the first month. Also, the charity meter was filled “much faster than we anticipated.”

“The was our highest ever number of earned media impressions for a product campaign, which is largely in part because of the metaverse,” said Christie.

Among her takeaways for engaging with the metaverse: “Don’t be afraid to test and learn. Be authentic. Do something different. Don’t just enter to enter.”