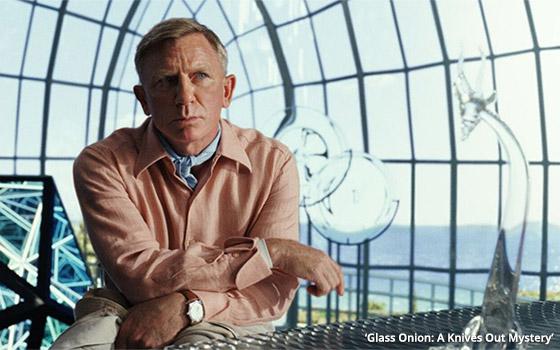 Netflix continues to play by its own rules when it comes to releasing streaming and especially theatrical movie revenue data -- it isn't giving out much.

This continues -- more or less-- in keeping with its streaming platform effort to keep key viewing data and perhaps some demographic data of their 73.4 million U.S. consumers close at hand.

Sure, Netflix might offer up total viewing total hours of big TV series or original movies, but they don’t exactly divulge key specifics in terms of dayparts, including viewership trends over say the initial weekend it releases a new season of a TV series -- say “Stranger Things.”

This hasn’t stopped the likes of third-party measurement companies like Nielsen in coming up with rough viewing estimates from the proprietary viewing panels that measure Netflix and other services.

Netflix's latest version of the theatrical movie franchise for "Glass Onion: A Knives Out Mystery" started up this past Thanksgiving weekend -- a key end-of-the-year period for a more adult, older-skewing movie. Variety estimates the film pulled in $15 million in box0office revenue, running in some 600 movie theaters.

That’s a great per-theater result for a movie not of the pricy fantasy/adventure film genre the likes of Walt Disney and other big legacy movie studios typically offer up this time of year. "Glass Onion: A Knives Out Mystery" also performed well against one of the Disney/Marvel’ mega-hit movies:“Black Panther: Wakanda Forever,” pulled in another $65 million over the holiday weekend

In the recent past, Nielsen would offer very limited access to its movies in cinemas in terms of the number of theaters and days in exclusive release in hopes of getting big end-of-the-year trophies and recognition, especially from the Academy Awards -- which in turn could be hyped up to push more streaming business and viewership.

Though it has widened its approach for theatrical releases now with “Knives Out” --  including for the first time the top three biggest theatrical chains: AMC Entertainment, Regal Cinemas, and Cinemark Group -- Netflix continues to say streaming is still its biggest priority.

In the past AMC and Regal didn’t run Netflix-produced movies because Netflix didn’t offer a standard movie release -- which could include 45, 60 or 90 days of exclusivity in theaters before going to other windows, like streaming platforms.

The bigger question now comes with its advertising-supported option -- where one might expect more data disclosure to attract and keep marketers coming back.

All this to say Netflix’s “Knives” may still be out. But those sharp objects may get back into their sheaths a little more often.