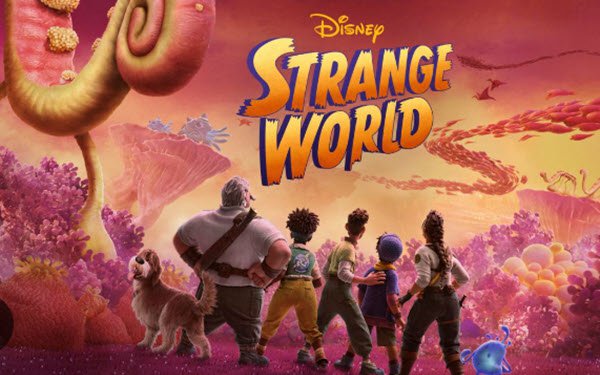 The movie was actually the second largest-grossing for the five-day period, behind Disney’s hit “Black Panther: Wakanda,” which added $64 million, after generating a massive $180 million in its opening weekend in mid November. To date, that sequel has generated $367 million in North America and $675 million globally.

Further, this Thanksgiving weekend proved disappointing for most films, with Warner Bros.’ “Black Adam,” Universal’s “The Fabelmans,” Sony’s “Devotion” and Disney and Searchlight’s “The Menu” all earning under $10 million.

But “Strange World”’s opening numbers were even lower than Disney’s unambitious original projection, which called for the movie to earn $30 million to $40 million over the five-day period.

And it was the worst three-day opening performance for a Disney animated film since “The Emperor’s New Groove” in 2000, according to Comscore.

“Strange World” cost $360 million to make and tens of millions more to market, so unless it sees an unlikely surge over the next several weeks, it is likely to lose at least $100 million, according to Variety sources.

In contrast, other Disney animated films — including “Ralph Breaks the Internet, “Moana,” “Coco” and “Frozen II” — have  have ruled the Thanksgiving box office in recent times.

And this past June, “Light Year” earned just $50 million domestically in its opening weekend, compared to $100 million openings for the two earlier Toy Story-franchise movies.

Some industry experts attribute box office opening declines to confusion resulting from the release of some Disney and Pixar animated flicks on Disney+ instead of in theaters during the early pandemic years, and a smaller number of family films in theaters hampering consumers’ exposure to film trailers.