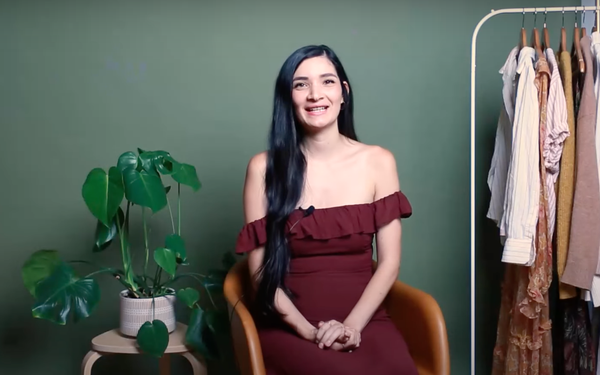 Is there room for another retail holiday, jammed in between Black Friday, Small Business Saturday and Cyber Monday? Poshmark thinks so. The resale site thinks circular fashion deserves a day of its own, kicking off Secondhand Sunday.

It’s a first for Poshmark, which has been promoting the event on its social channels since announcing it earlier this fall. While Poshmark provides constant wardrobe refreshers for its 8.2 million active buyers, it’s hoping they’ll decide it’s a good year to shop used for holiday gifts, too.

The 11-year-old company, based in Redwood City, California, says it based the decision on its research, which reveals that while just a third of people say they’d shop secondhand for gifts, 92% wouldn’t mind receiving them.

The new approach comes as used clothing continues to gain in popularity, appealing to younger shoppers’ environmental concerns and their need to save money. And while ThredUp, which recently launched a holiday collection of one-of-a-kind upcycled items, and the RealReal are its purest competitors, major retailers -- from Nordstrom to Target -- now offer some form of resale. 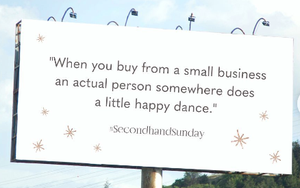 But the bottom line missed forecasts, with net losses mushrooming to $23.5 million, up from $6.9 million in the third quarter of last year.

The company’s community and marketplace continue to perform well, with user engagement rising 61% year over year, leading to a record 62.6 billion social interactions during the trailing twelve months ended Sept. 30.

Last month, the company announced it would be acquired by Naver Corp., a South Korean company, for  $1.2 billion.

The acquisition will enable the company to expand, entering new markets. “Our industry continues to evolve at a rapid pace,” says Manish Chandra, founder and chief executive officer of Poshmark, in its earnings results. “We are excited to continue to lead the future of shopping by providing our community with an unparalleled experience that is simple, social, fun and sustainable.”