Taco Bell Celebrates The Culture That's Inspired It Since Day One 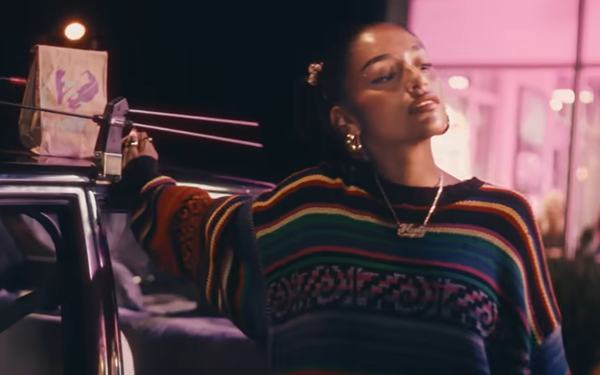 Taco Bell has launched a new consumer campaign timed to World Cup play called “Donde We All Play” designed to celebrate Latin culture by uniting its passion for food and soccer. The restaurant chain worked with Los Angeles-based agency Cashmere on the effort.

The campaign features Ashley Sanchez, a professional soccer player and one of the few Latinas to ever play for the U.S. women’s national team, as well as Genai Nakama, a Mexican-Japanese American model and content creator.
Also showcased in the campaign is Paisa Boys, a streetwear brand created by Joey Barba and Javier Bandera that is rooted in Mexican-American heritage.
Providing the soundtrack for the commercial is Niña Dioz, Mexico’s first openly queer rapper.  The anchor ad in the campaign serves as the official release of her new song, “Siéntelo,” which is about moving forward and pushing boundaries.
“'Donde We All Play' is built on the brand truth that Taco Bell is a place for people to come together, be who they are, eat, play and hang out," stated Sean Tresvant, Chief Brand Officer of Taco Bell.
"As a Mexican-inspired brand," added Tresvant, "we wanted to authentically celebrate the culture that’s inspired Taco Bell since day one and engage with the multicultural consumer that's now inspiring us today."
The commercial is running on FOX Sports and Telemundo through Dec. 18.  The ad is also running on CTV channels with clips also running on TikTok.