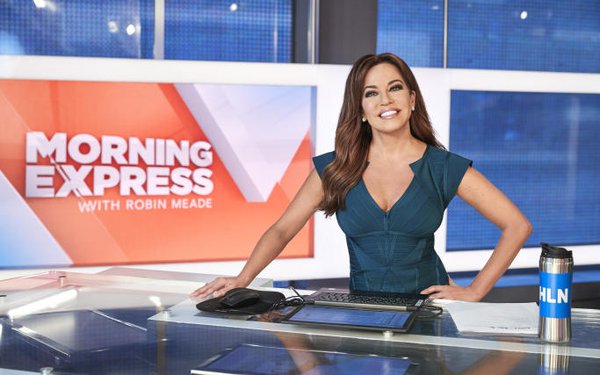 CNN CEO Chris Licht disclosed more specifics about the overhaul of the division in a memo to staff on Thursday, and HLN — formerly known as CNN Headline News — is among the most-impacted operations.

Starting Dec. 6, CNN will cease producing original programming for HLN and replace the “Morning Express” news show with a simulcast of “CNN This Morning.” Robin Meade, who has anchored the news show for 21 years, is being let go, along with the show’s entire Atlanta-based production team and some correspondents, including Chris Cillizza.

CNN’s overall layoffs, expected to be in the hundreds, have now been estimated by CNBC at no more than 400, based on sources reporting that they amount to a single-digit percentage of the division’s global staff of about 4,400.

To serve and grow the audiences for its core news content, CNN is “reducing open job positions, reimagining our workflows and aligning our staffing investments and focus around three key strategic priorities: programming, newsgathering and digital,” Licht wrote in Thursday’s memo to staff.

Licht did not mention specific individuals laid off, other than Meade, whom he described as “not only an exceptionally popular anchor, but also one of the longest-running morning hosts in history.”

However, other CNN correspondents reportedly among those laid off include Alex Field, Mary Ann Fox, Alison Kosik and Martin Savidge.

CNN's restructuring is part of parent Warner Bros. Discovery's push to cut $3 billion in costs over the next two years.

Other changes laid out by Licht:

Some of CNN International’s teams and bureaus are being reorganized, and its 5 p.m. ET news show is being replaced with a simulcast of CNN U.S.

CNN en Español will continue to produce news, but CNN will seek to expand the audience of the linear network by diversifying its programming beyond news. CNN will also develop a “far more robust” digital platform for the brand as part of its efforts to expand its Spanish-language news audience.

Some of CNN’s U.S. newsgathering beats are being restructuring with the goal of “covering the United States more broadly.” Licht said that many of the current layoffs in this area will be offset by the addition of new roles that service audiences across platforms.

Shifting of some coverage from paid contributors to CNN journalists, with an emphasis on using contributors who are “subject matter experts" who "expand and diversify" the viewpoints presented.

Some reductions in show programming staff, and some combining of day and weekend programming teams.

Downsizing of the creative marketing team, with realignment around in-house production and consolidation of creative and strategy roles in New York. New roles will be added to support the division and expand digital and growth marketing efforts.

Research is being reorganized to focus on CNN’s core businesses and optimized the newly integrated digital analytics and data science teams, and the operations teams are being restructured to align with the changes in other units.

CNN Digital, which was restructured earlier this fall after WBD discontinued the then brand-new CNN+ app, will not be affected by this new round of changes.