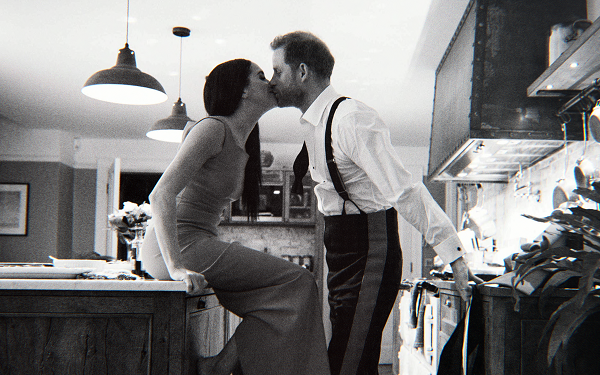 Harry and Meghan -- who need no surnames here -- are embarking on a new chapter in their continuing campaign to give their side of the story of their estrangement from Britain’s royal family.

Like the last time when the two stepped into the prize ring of worldwide attention with their prime-time interview with Oprah Winfrey last year, TV is playing a central role in this new effort too.

This year-end exposure on Netflix is no doubt timed to coincide with the release on January 10 of Prince Harry’s new book, Spare, about the challenges of his life as a member of the royal family and second in line for the throne after his older brother William.

The title is a reference to a phrase that is said to sum up the way British royal families view the process of producing their future kings and queens -- namely, to produce a firstborn heir to the throne and a second-born “spare” just in case the firstborn dies.

Judging from the title, the Duke of Sussex (Harry’s other title) is evidently chagrined to be considered a “spare” child on par with a spare tire.

The TV series (pictured above) and the book appear to have the same aim -- to give the rest of us a full-access pass into every nook and cranny of the lives and minds of Harry and Meghan.

On the Netflix press site, “Harry & Meghan” is described as “unprecedented” and “in-depth.” “ ‘Harry & Meghan’ is a never-before-seen look at one of the most-discussed couples in history,” says Netflix.

Meanwhile, Spare is described on the Barnes & Noble website as “up-close, behind the scenes, intimate and forthright.” Not surprisingly, Spare is also described as “unsparing.”

“With its raw, unflinching honesty, Spare is a landmark publication full of insight, revelation, self-examination and hard-won wisdom,” says B&N.

The 416-page hardcover is priced at $25.50. On Monday, the B&N site had Spare at No. 27 on the its list of current bestsellers, based solely on pre-orders.

Hints to the general tone and point of view of the “Harry & Meghan” docuseries can be found in a teaser and a trailer posted on Netflix.

“Why did you want to make this documentary?” asks an unseen questioner in the trailer.

“No one sees what’s happening behind closed doors,” says Harry. "I had to do everything I could to protect my family."

Protect them from what? Remarks he makes in the trailer indicate that he feared that his wife would become so hounded by the news media that she would come to harm or worse -- just like his mother, Diana.

“It’s a dirty game,” he says, referring to the press attention but also to life inside the royal bubble. “The pain and suffering of women marrying into this institution … this feeding frenzy.

“I realized they’re never going to protect you,” he says, presumably talking about the royal family and why he and Meghan sought to distance themselves from the royal life. “I was terrified. I didn’t want history to repeat itself,” he says.

“No one knows the full truth. We know the full truth,” says Harry. “It’s really hard to look back on it now and go,’ What on earth happened’?”

And he levels this accusation: “There’s a hierarchy of the family that is leaking [and] also planting stories.”

I guess he and Meghan won’t be going home for Christmas this year.