Everybody Knew Her Name: Good-Bye And Cheers To Kirstie Alley 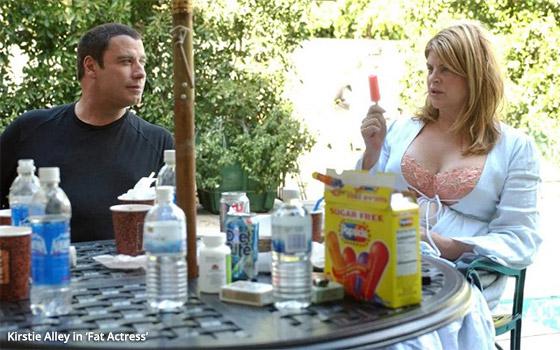 The news of Kirstie Alley’s death on Monday stunned us all.

“All” means just about anyone who was alive in the Kirstie Alley era. She was only 71, an age not considered particularly old today.

When I heard the news, the passage of time played its usual tricks. Her heyday on “Cheers” was 1987 to 1993, but it seemed like only yesterday.

Kirstie Alley was part of one of network TV’s most storied sitcoms. “Cheers” ran for 11 seasons on NBC. She joined it in Season Six and became a star.

The show had the kind of mass audience that is unheard of today, and she was a big reason why.

Everybody knew her name.

Kirstie Alley had TV-comedy chops. Like the best of them, she was game for anything. When it came to “Cheers” and her other shows, she was all in.

She had courage to match her comedy skill. In her bravest show, the semi-scripted “Fat Actress,” she starred as herself.

Without restraint, Kirstie Alley lampooned her own lifelong struggle with her weight and the difficulties it presented when it came to getting work.

Featuring top guest stars playing themselves (such as her long-time friend John Travolta, picture above), only seven episodes were made of this savage, funny, self-deprecating show.

Although it came and went quickly, “Fat Actress” was unforgettable. And so was she.