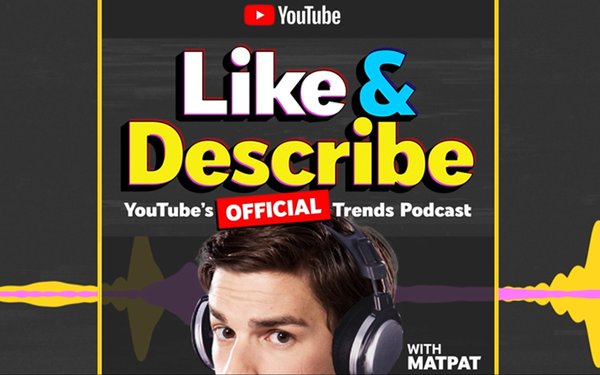 YouTube, seeking to marry its video content with podcasts, has launched a podcast to alert users to stories behind the trends.

The new offering, "Like & Describe," is hosted by digital content creator MatPat. In the first episode, MatPat explores the growth of virtual You Tubers, also known as VTubers, animated characters that humans move with motion-capture technology, while also giving voice to them.

In the second episode, appearing on January 1,MatPat and guests from the Culture & Trends team break down the biggest videos and creators from the year.

YouTube cites a survey showing that over 50% of all consumers have watched a podcast.