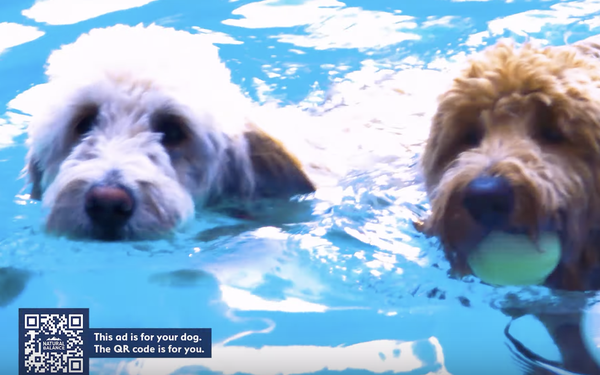 If you make food for pets, you should also make commercials that appeal to them.

That’s the strategy behind a brand refresh campaign for Natural Balance Pet Foods.

Naturally, that type of marketing approach would require conducting focus groups with cats and dogs—which is what the NAIL Communications agency did in collaboration with animal behavioral experts.

“We were rather new to the category,” creative partner Alec Beckett tells Marketing Daily.

“What surprised us is how much dog food had changed over the last decade or so. But dogs have not changed, so why has dog food changed?”

The answer is that with the entry of D2C pet brands and other trends, the category has become a battleground of sorts—with product attributes more in line with what pet owners consume.

“They’re non-GMO, they’re gluten free, they’re kosher, they’re raw. All of those terms are human food trends and they were mirroring them in pet food,” Beckett says of competing brands.

“That struck us as being in opposition to a brand like Natural Balance, which for 30 years has been following veterinarian nutrition science. They adapt when the science changes, but they’re not chasing trends.”

The agency brought dog and cat owners and their pets to focus groups to gauge which types of video images and sounds most caught the animals’ attention.

“The way we hope it works is that the pet owners are the secondary audience. When an ad shows up on connected TV and their dog suddenly perks up and walks up to the TV—and maybe barks at it—that is the brand proving that it’s putting animals first,” says Beckett.

This spot explains that it’s “for your dog” while an on-screen QR code “is for you.” The QR code takes viewers to the MadeForPetsNotPeople landing page where a behind-the-scenes campaign video resides.

The dog spot starts with the sounds of a squeaky toy, and then a hand is shown throwing a ball up and down. There are also many shots of dogs playing, because “it’s been shown that dogs like watching other dogs on television,” as an animal behavior professor says on the behind-the-scenes video.

One platform chosen for the campaign is Hulu. “We wanted some living room entertainment where the dog or cat are more likely to ambiently be exposed to it in a way we hope will surprise and delight the pet owner,” says Beckett.

And because many people turn to their “second screen” on a smart phone or tablet once commercials appear on the big screen, “Our hope is that the pets pull you off the second screen. You look up and see the ad is for your pet and the QR code is for you.”

The J.M. Smucker Co. acquired Natural Balance in 2015 and sold it in early 2021 to Nexus Capital Management.