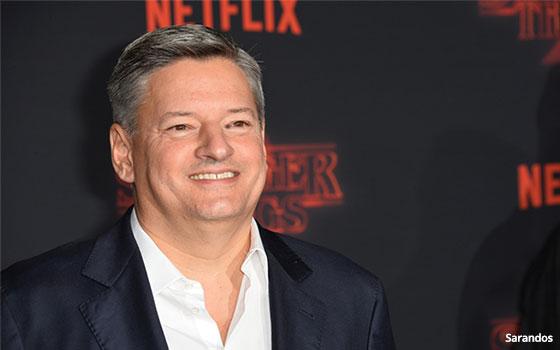 “It's likely there'll be multiple ad tiers over time, but nothing to talk about yet,” he said speaking on Tuesday during a UBS investor event. “And the product itself will evolve. I suspect pretty dramatically, but slowly and gradually.”

When asked by UBS media analyst at UBS John Hodulik whether the ad load for Netflix TV and movie content would grow over time -- as well as ad formats -- Sarandos said: “Yes. So it definitely is a work in progress still.”

Sarandos said the company has reworked 90% of its deals with producers to allow ads in content on the “Basic with Ads” option which launched last month. “You should expect near -- not complete -- parity.”

He said the ad option may see lower monthly "churn" -- meaning minimizing the lost of subscribers.

“The ad tier gives a place for paid sharing to land.” In addition, he said, the lower-subscription-price ad tier helps people who face some economic hardship.

Hodulik also asked, with Netflix's advertising business now underway, whether the company would be moving into sports.

Sarandos said: “We've not seen a profit path to renting big sports today. Not to say there never will be. The economic models that are built around it are built around the economics of pay television and [are] different on streaming... It's dramatically more expensive... We are not anti-sports for just pro profit.”

He added: “I am very confident that we can get twice as big -- without sports.”