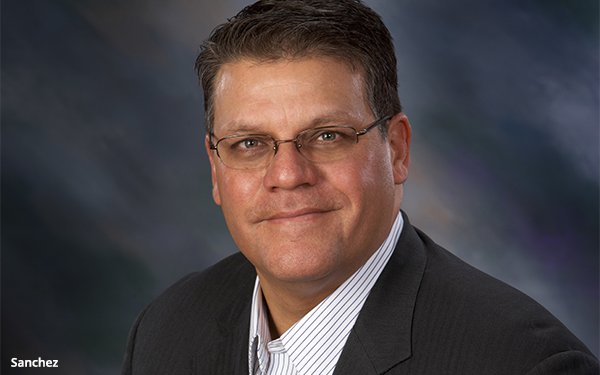 Anteriad is not a new company -- but it seems like one. With funding provided by Mountaingate Capital in 2019, it went on a a buying spree, acquiring entities like True Influence, and there are still “a few more deals to go,” says CEO Rob Sanchez.

The firm was founded in 2000 by the late Ralph Drybrough and others as Merit Direct, a mailing list brokerage and management company specializing in B2B. It was known, among other things for its B2B list co-op and for the Presidential straw polls Drybrough ran at Merit’s. annual events (it had a perfect record for predicting election outcomes).

The management changed in 2012 when “Ralph and those guys retired and we did a buyout plan,” Sanchez says, speaking from headquarters in Rye Brook, New York.

And now? The firm rebranded earlier this year to reflect its evolution. No longer a one-dimensional list business, Anteriad offers data-driven marketing solutions, demand generation and analytics off a marketing cloud platform. It has 550 employees, offices in several  U.S. locations and a technology development/data production facility in Bangalore, India.

With data is at the center, Anteriad serves enterprise tech or ecommerce firms ranging from the Microsofts and IBMs to publishers that use it to support their own services for advertisers.

This has been moved along by the firm’s acquisitions, including:

Along the way, the firm also “built out our C suite significantly,” Sanchez adds.

One key appointment was Lynn Tornabene, previously a global marketing vice president at Oracle. Another is Chief Commercial Officer Todd Love, who came in with Compass Marketing..

Among the channels that Anteriad helps clients utilize is email. “The email channel’s very good,” Sanchez notes. “It drives a lot of the demand-generation function. It still has a lot of strength particularly among enterprise tech companies. And there’s very targeted email in the merchandise category.”

But Anteriad also helps in other digital channels — and in a legacy medium. “Through tech enabled, we still do some direct mail, surprisingly. Some companies are still heavy in direct mail,” says Sanchez.

What’s the business outlook in general?  “The outlook still seems good in relative terms, robust and good, as good as ’21, maybe not,” Sanchez says.

He adds: “The threat of recession has been talked about for so long, it is kind of baked in to everybody’s planning. It could be shallow. B2B marketing is a little bit insulated, not immune, but if it’s a data driven bus model and they know what the ROI is, it figures well into when people are tightening up their spend.”

A recent survey by the firm conducted with Ascend2 found that “companies with data strategies showed more elevated growth rates than people who didn’t,” Sanchez reports.

Another threat is privacy: it’s “always looming out there,” Sanchez observes. “People will kill you if you say this, but it’s less in B2B in some areas. You can still rent mailing lists, and the general legal standards are opt-outs, except  in Europe. There’s a lot more to navigate.”

Anteriad isn’t taking anything for granted. For one thing, It  hired a chief privacy officer, Karie Burt, seven years ago.  “We take it very seriously,” Sanchez says. “And the clients look to that. We have always passed big security compliance checks with tech clients that signed off on working with us.”

What’s nect for Anterioad? Sanchez is vague, but the company is now working on something on the international front.

Finally, why Anteriad? “It means to get in front,” Sanchez says. “It wasn’t widely used--we went through a branding agency.” He chuckles that “the decision was unanimous.”