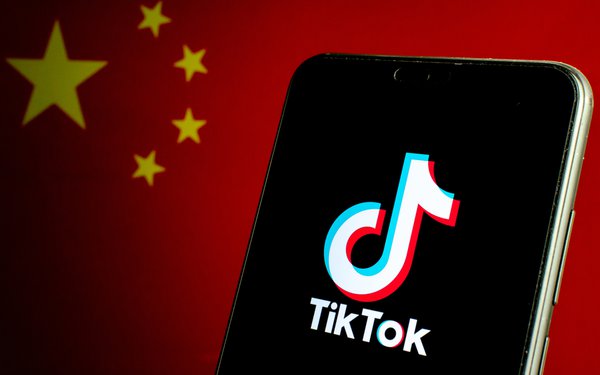 It seems that TikTok's privacy practices are every bit as bad as its critics suggest.

It emerged Thursday that four employees of the Chinese company ByteDance, which owns TikTok, used data collected through the app to track two journalists -- one from BuzzFeed and one from The Financial Times.

ByteDance examined the journalists' IP addresses and other app data in hopes of determining whether the journalists were in the same general locations as ByteDance personnel who could have leaked information about the company.

ByteDance general counsel Erich Andersen disclosed the surveillance initiative in an email to company employees on Thursday, according to The New York Times.

Andersen said in the email that ByteDance hired an outside law firm to investigate claims that the company used app data to spy on Americans.

While the email doesn't mention the source of the claims, Andersen was obviously referring to a Forbesreport about the possibility that TikTok used app data to conduct surveillance on Americans.

The "ill-considered efforts did not result in identifying the sources of the leaks," Andersen wrote.

Federal Communications Commissioner Brendan Carr has repeatedly argued the app shouldn't be allowed to operate in the U.S. On Thursday, Carr said the new revelations “should be the final nail in the coffin for the idea that U.S. officials can trust TikTok,” according to Forbes.

In addition, last week, a trio of politicians proposed prohibiting the app altogether. The Averting the National Threat of Internet Surveillance, Oppressive Censorship and Influence, and Algorithmic Learning by the Chinese Communist Party Act -- introduced by Senator Marco Rubio (R-Florida) and Representatives Mike Gallagher (R-Wisconsin) and Raja Krishnamoorthi (D-Illinois) -- aims to block transactions in the U.S. by social-media apps under the control of China, Russia and several other countries.

It's not clear whether Congress will attempt to move forward any time soon with that bill, let alone whether an effort to ban TikTok would be constitutional.

As the Electronic Frontier Foundation pointed out last week, banning TikTok could infringe on the First Amendment rights of millions of people -- including celebrities, journalists, and marketers -- who rely on the app to communicate with the public.

But news that the company spied on journalists will almost certainly spur new calls for investigations by the Federal Trade Commission, state attorneys general and others.

It's worth noting that the FTC, as well as state officials, already have a track record of bringing cases against apps that spy on users' locations. For instance, several years ago, Uber faced federal and state prosecutions over its use of “God view” -- a feature that allowed company employees to access consumers' real-time location data.

TikTok's Andersen, meanwhile, told employees via email that he hopes “we can all learn from this situation and move forward with a clear understanding and appreciation of our responsibilities -- as employees and leaders -- to build and operate an ethical business.”

The email, published by The Verge, also says that none of the people who directly participated or oversaw the “misguided plan” are still with ByteDance.

Andersen added that the company has recently “significantly improved and hardened” its controls on data.