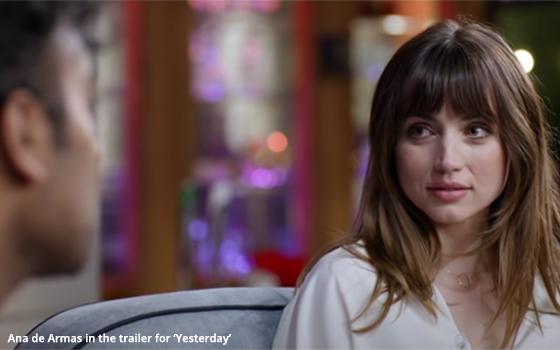 U.S. District Judge Stephen Wilson ruled movie studios can be sued under these circumstances. The case involves the 2019 film "Yesterday," about a world without the Beatles.

Two fans of actress Ana de Armas (“Blonde,” “No Time To Die”) rented the movie in January because they saw her in the trailer. The catch? She isn’t in the actual film.

Universal Studios tried to have the case dismissed, but the judge rejected the claim.

Universal argued that movie trailers are protected under the First Amendment, since a trailer is an “artistic, expressive work” that tells a three-minute story. The studio called this “non-commercial” speech.

“Universal is correct that trailers involve some creativity and editorial discretion, but this creativity does not outweigh the commercial nature of a trailer,” Wilson wrote. “At its core, a trailer is an advertisement designed to sell a movie by providing consumers with a preview of the movie.”

The plaintiffs, Conor Woulfe of Maryland and Peter Michael Rosza of San Diego County, Calif., each paid $3.99 to rent “Yesterday” on Prime Video. They asked for least $5 million as representatives of a class of movie customers.

The case will now proceed to discovery and a motion for class certification.