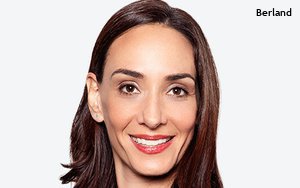 Leslie Berland, formerly the chief marketing officer of Twitter and an American Express alumni, is taking on the CMO role at Peloton. The news comes as the floundering connected fitness company continues to look for a path back to its glory days.

Peloton says Berland, who spent six years at Twitter and more than a decade at American Express, will be key to its ongoing turnaround efforts.

"She understands the critical importance of storytelling and engaging current and future Peloton Members. As we continue our pivot to growth, showcasing the magic that drives people to Peloton and keeps them so passionate and engaged is essential."

Berland, who left Twitter in the earliest days of the Elon Musk era, will direct brand and product marketing, creative, consumer insights, global communications and membership.

She replaces Dara Treseder, Peloton's most recent marketing head, who left in September to take on the CMO role at Autodesk. That departure came amid a mass exodus of executives, including John Foley, founder and former CEO.

Since then, McCarthy, who took over as Peloton's CEO less than a year ago, has made tough calls to boost performance. Those have included layoffs, expanding into third-party retailers like Dick's and Amazon, and rental offers.

In the company's latest earnings report, released in November, McCarthy describes Peloton's latest numbers as a work in progress.

Plenty of observers continue to think "train wreck" is a more apt phrase.

For its fiscal first quarter, total revenue tumbled 23% to $626.5 million, down from $805.2 million a year ago. That also represented a 9% slide from the previous quarter.

And its net losses rose to $408.5 million from $376 million in the same period of the prior year. It also lowered its forecast for the months ahead.

Some observers are encouraged. “This appointment is a good one, not least because Peloton does need to think about how it markets itself and attracts more customers,” says Neil Saunders, managing director at Global Retail, in an email to Marketing Daily.  “And it needs to do this in a way that is cost effective.”

Still,  the company has a long way to go to recapture its former glow, he says. “Marketing is not the company’s central issue, so it is critical that many other operational aspects are healed if marketing efforts are to be effective. While Peloton has taken quite a few steps to cut costs, bolster its distribution, and put the business on the right tracks, the jury is still out in terms of whether it can get back on a stable footing.”

Before leaving Twitter in October, Jackson oversaw global consumer marketing, brand, social, and consumer product marketing teams. The 20-year marketing veteran was at the social media company for just under two years. In her new position at Zillow she will report to Ravi Kandikonda, senior vice president, marketing.