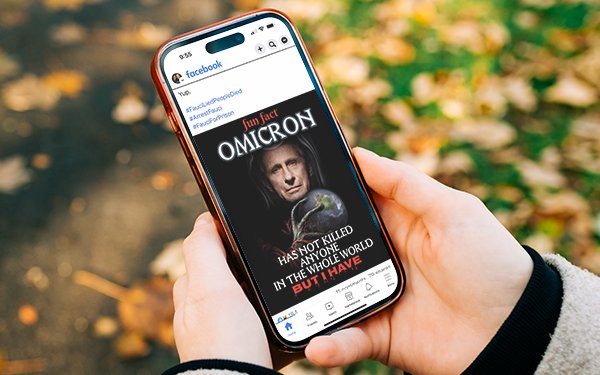 Researchers believe they have uncovered reasons why fake news spreads on social media.

The study of more than 2,400 Facebook users led by University of Southern California (USC) researchers suggests that platforms — more than individual users — have a larger role to play in stopping the spread of misinformation online.

The findings indicate that the structure of social platforms such as Facebook reward users for continually sharing information.

The study shows that just 15% of the most habitual news sharers in the research were responsible for spreading about 30%-40% of the fake news. In other words, posting and sharing with others on social media can become a habit.

The research team from the USC Marshall School of Business and the USC Dornsife College of Letters, Arts and Sciences explored the motivation for this posting and sharing. Much like any video game, social media has a rewards system that encourages users to stay on their accounts and keep posting and sharing.

The team’s findings suggest that the sharing of misinformation is habitual, not due to laziness or bias. The report suggests there are misconceptions that misinformation spreads because users lack the critical thinking skills necessary for determining truth from falsehood or because strong political beliefs skew their judgment.

The goal of the study then became understanding how the reward structure of social media sites drives users to develop these habits.

The team experimented to determine why fake news spreads. In the first experiment, the researchers found that frequent users of social media share actual and fake news.

In another experiment, the researchers found that habitual sharing of misinformation is part of a broader pattern of insensitivity to the information being shared. Habitual users tend to share politically discordant news that challenged their political beliefs as much as news they endorsed.

The team then tested whether social media reward structures could be devised to promote sharing of true over false information. The result showed that incentives for accuracy rather than popularity doubled the amount of accurate news that users share on social platforms.

The study revealed that habitual sharing of misinformation is not inevitable, and users of social media can be incentivized to build habits that make them more sensitive to sharing truthful content.

Effectively reducing misinformation also requires restructuring the online platforms. The findings suggest social media platforms can take a more active step than moderating what information is posted and instead pursue structural changes in their reward structure to limit the spread of misinformation.