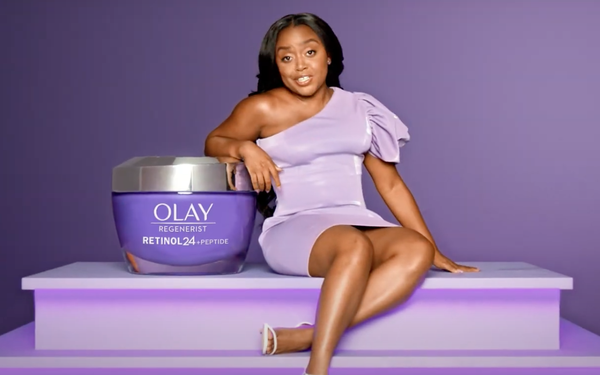 While muted financial results from Procter & Gamble show consumers feel pinched in the supermarket, spending in the U.S. stayed relatively stable. And the packaged-goods giant says it's confident that despite declines in sales volume, shopper loyalty to its brands is relatively sturdy.

In the fiscal second quarter, net sales slipped 1% to $20.8 billion, from $21 billion in comparable period of the prior year. But organic sales (those that exclude foreign exchange and the impact of divestitures and acquisitions) rose 5%.

Beauty notched a 3% gain in organic sales; grooming was flat, and health care rose 8%, as did fabric and home care. And organic sales at the baby, feminine and family care division increased by 4%.

The Cincinnati-based company called out the role of product innovation as a sales driver, particularly in beauty, skin and personal care. An exception was the SK-II line, a best seller in Asia, where COVID-related pressure sparked a sales decline. And in hair care, sales rose primarily due to price hikes, while sales volume declined.

While observers aren't exactly doing cartwheels over those numbers, any sign that consumers are continuing to spend on brands even amid price hikes provides a certain amount of relief. That's especially true given the latest round of economic data, showing retail sales dipped 1.1% in December, the biggest drop in 12 months.

P&G's "results were not what the market wanted," writes Steve Powers, an analyst who follows the company for Deutsche Bank. "But from our perspective, taking a longer-term view, they were fully adequate."

She notes that P&G hinted at the potential for additional price hikes slated for next month. "But we don't believe P&G will waver in its commitment to funnel resources to its brands' innovation, marketing, and increased capacity, even though costs have inflated," she says.

Those steps shore up the value of the company's intangible brand assets. "As such, we forecast research, development, and marketing to amount to 13% of sales annually over the next decade."