Will ChatGPT Kill the Ad Industry? 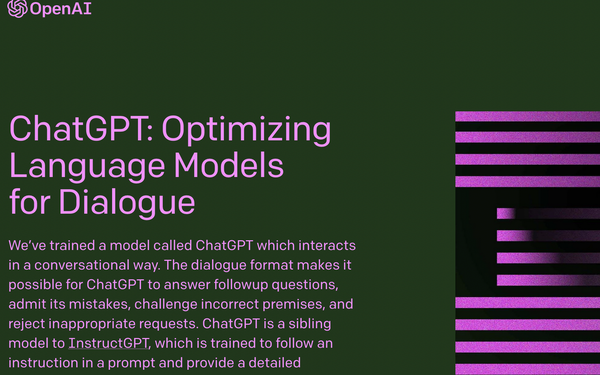 By now, you’ve heard about ChatGPT. The artificial intelligence system has already been discovered by college students, who use it to cheat on writing assignments and are intrigued by the fact that it passed a Wharton MBA exam, according to Fortune. Stanford University students have already used ChatGPT to cheat on their final exams, per The Standford Daily.

But are ChatGPT’s effects confined to academia? More specifically, can a marketer use ChatGPT rather than an ad agency to create a winning campaign?

Ad Age used ChatGPT to create some sample Super Bowl ads. The ad ideas are mostly silly, but not out of the realm of what agencies are likely to produce.

The issue, however, is that these are early days for the technology. As Tyler Cowen writes in Bloomberg, AI is improving faster than most humans realize. So, if this is what it comes up with in 2023, what about 2024 or 2034?

Here are two possible scenarios of how apps like ChatGPT might be used in the future for advertising:

We’re all doomed! Clients will use AI to create campaigns. If ChatGPT is able to create plausible Super Bowl ads in 2023, imagine how it will proceed 10 years from now. Will the ad industry’s creative geniuses be able to outcompete the rapid growth in artificial intelligence?

Or, it will make agencies better. Agencies will no longer just compete against each other, but AI, which can invent possible ads in a fraction of a second. But AI will still be missing the human element that makes an ad successful. Ad agencies will be able to use AI to test out their ideas and seek new ones. This collaborative process will make agencies better at what they do.

So, to answer the question posed in the headline, we don’t know. We tried to ask ChatGPT today, but the site is currently “at capacity right now.”