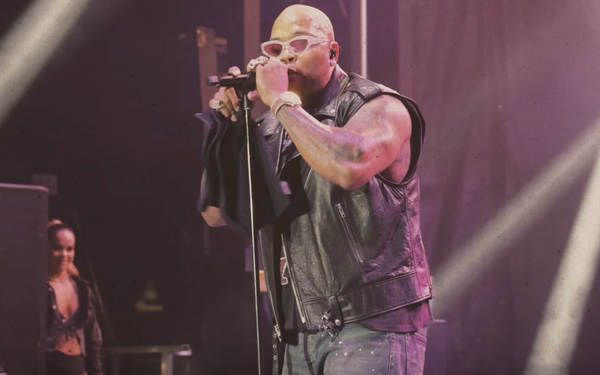 A jury has awarded Rap star Tramar Dillard—who performs as Flo Rida—$82.6 million in a lawsuit dating to his 2014 endorsement deal with Celsius energy drinks.

From 2014 to 2018, Flo Rida “played an instrumental role in launching a new era for the Celsius brand development, growth and expansion” while introducing the brand to millions of people around the world, says his attorney, John Uustal.

However, “The jury determined that not only did Celsius breach their agreement with Flo Rida but also fraudulently hid it from him,” Uustal tells Marketing Daily.

When certain Celsius sales benchmarks were reached, the deal called for Flo Rida to receive a 1% stake in Celsius—which in March of 2014 had a market valuation of about $10 million, compared to some $8 billion when the jury reached its verdict last week.

While the rapper was paid upon contract inception, he never got the 1% equity stake, and his Strong Arm Productions Inc. sued Celsius in the Broward County, Florida circuit court for $30,000 in 2021.

According to the suit, “Celsius was solely responsible for making additional payments and delivering shares of stock based upon future product sales and revenues. Yet, once the benchmarks were reached and product revenues triggered additional royalties, Celsius failed to deliver the required compensation.”

In its defense, Celsius said that because the 2014 agreement ended in March of 2016, the statute of limitations on the deal had run out.

“For over five years the plaintiffs failed to take material action when plaintiffs should have,” Celsius argued.

Flo Rida’s legal team responded that “material facts were concealed from plaintiffs, which delayed the discovery of defendant’s wrongdoing and deprive them from knowledge relating to their entitlement to additional royalties and shares.”

“From the start, I only wanted what I worked for, nothing more, nothing less,” Flo Rida said in a statement.

“I was instrumental in the Celsius that you know and love today. When this journey began no one knew Celsius. I took Celsius all over the world through my videos, concerts, appearances and social media. I have gained a new respect for the judicial system. God bless America.”

Asked how brand ambassadors can protect themselves from similar situations, Uustal says, "No one can ever prevent a big company from breaching a contract. Sometimes it’s just a business decision for big companies. And then you just need to find the right lawyer. That’s in general. I have no idea what Celsius was thinking. But the stock did become very valuable and they did not want to issue it.”

Marketing Daily reached out to Celsius for comment but had not heard back by deadline.