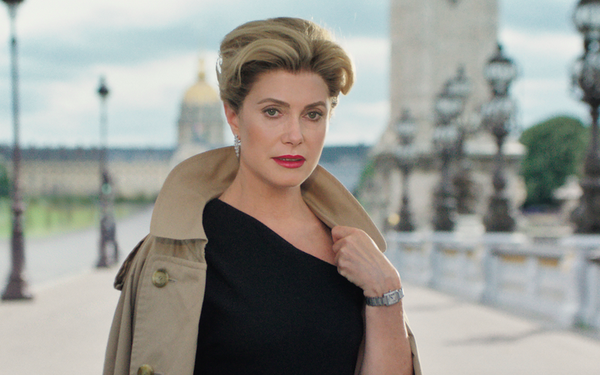 In 1996, an updated Tank Française launched and now, a 2023 version has arrived. It boasts seven different styles, with steel and yellow gold, in both quartz and mechanical versions, with or without diamonds.

To announce its posh update, a new Cartier campaign has launched worldwide. Media in the U.S. begins Feb. 20 with paid social, display and digital out-of-home.

Publicis Luxe is responsible for the creative.

Richie said the work illustrates how “the Tank has managed to remain classical throughout those decades.”

The ad also features Deneuve in scenes from some of her most celebrated roles: in Jacques Demy’s “Les Parapluies de Cherbourg,” Régis Wargnier’s “Indochine” and Nicole Garcia’s “Place Vendôme.”