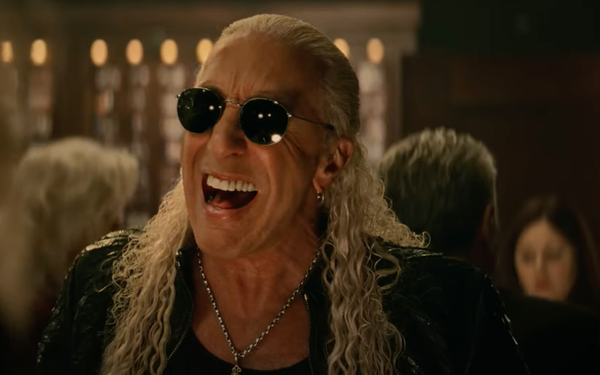 Who can better understand the frustration of trying to communicate in a noisy environment than an iconic heavy metal rock star?

Twisted Sister front man Dee Snider brings the concept to life in the first campaign for audio brand Sennheiser’s Conversation Clear Plus earbuds, which made their public debut at the recent Consumer Electronics Show.

Sold over-the-counter, the wireless earbuds are designed for people ages 45-70 who find it difficult to carry on a clear conversation in a noisy environment.

In this spot from the Terri & Sandy agency, Snider and another long-haired man dine in a restaurant filled with the typical ambient sounds of people talking, corks popping and drinks being shaken.

Only when the man screams “How is the fish?” in a musical way does Snider respond with a boisterous “It’s a little bit dry.”

When his friend offers to share his broccoli, Snider says “What about my colonoscopy?”

With a rich history of providing audio components to bands, Sennheiser thought it would be appropriate to recruit a rock star, according to Terri & Sandy associate creative director Keegan Sanford.

“We took that nugget and ran with it,” Sanford tells Marketing Daily. “From our first round of internal creative reviews, we had pulled Dee Snider as our main choice. He was at the top of our list throughout the process. Luckily, everyone at Sennheiser agreed.”

Founded in New Jersey in 1972, Twisted Sister is best known for such songs as “We’re Not Gonna Take It” and “I Wanna rock.”