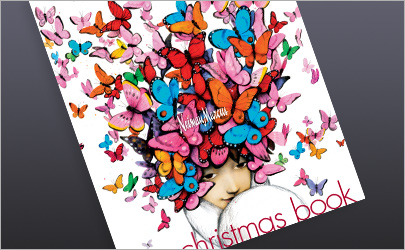 The secret to marital bliss? Maybe it’s dancing his ’n’ her fountains, naturally available for a cool million from the new Neiman Marcus’ 2011 Christmas catalog.

In a twist meant to make the annual splurge-book a bit more civic-minded, the Dallas-based retailer says eight charities are linked to sales of catalog items this year, including water.org, which will get a $10,000 donation for every set of fountains sold. Designed by WET, the fountains will be the first-ever created for a private residence. And for $500,000, one lucky soul will get to choreograph The Fountains of Bellagio to a song of their choice, which will generate another $5,000 for water.org.

Of course, fountains won’t appeal to everyone, and Neiman Marcus has plenty of other over-the-top ideas, including plenty of gift experiences. There’s an International Flower Show tour, which includes air travel on a Gulfstream G-IV through a Swiss Tulip Festival, a Greek flower show, the Altera Rosa Festival in France, and the famous Chelsea Flower Show in London, for $420,000, which generates a $5,000 contribution to the Lady Bird Johnson Wildflower Center. There’s also a daytrip for six to the Stone Barns Center for Food and Agriculture, outside New York, including an edible garden lesson and lunch at its Blue Hill restaurant ($9,500, with a gift to the center.)

Knowing that many of its customers would prefer to spruce up the house, instead of travel, it’s offering an Assouline Custom-built library, tailored to each individual’s tastes, with “custom carpeting, objets d’art, and beautifully framed prints—as well as your intellectual viewpoint.” Priced at $125,000, each purchase generates a $2,500 donation to First Book, which provides new books for children.

There’s also a “Dream Folly,” a yurt inspired by no less a design guru than “I Dream of Jeannie.” The tent is packed with one-of-a-kind, down-filled pillows from designer Rebecca Vizard. The $75,000 yurt triggers a $5,000 donation the Breast Cancer Research Fund.

Neiman Marcus, which has published its catalog since1926, says this year’s offerings “live up to the time-honored tradition of presenting our customers with the rare and unusual, while also incorporating connections to a group of wonderful charitable organizations that will see a tremendous benefit from the sale of their corresponding fantasy gifts.”

Other choices include a $250,000 special-edition Hacker-Craft Speedboat, with 15 coats of hand-brushed varnish representing 1,400 hours of labor and gold-carat leafing; a $45,000 rubber table-tennis table by artist Tom Burr, “which doubles as a contemporary work of art … with low-key glamour;” and a $395,000 2012 Ferrari FF, which zooms from 0 to 60 in fewer than 3.7 seconds and reaches top speeds of more than 200 miles per hour. (The purchase includes a Winter Driving Experience in Aspen, Colo.)