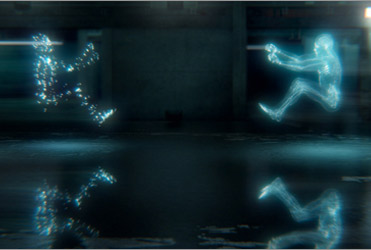 Lexus is launching a program that takes its "Crash Test Genius" to Pandora. The effort also uses HTML5-enabled ad units on Pandora's Web site (which is good news for iPad users.) The new premium advertisement is a large-format, 970 x 250 banner with video and an integrated "skin."

Part of Lexus' brand campaign, "Engineered Amazing," and created to have a wide demographic appeal, the ad is designed to be the first visual when Pandora is launched. The creative includes a Lexus-branded integrated skin. The focus is on safety and features of characters who are, well, crash-test dummies.

Pandora's SVP of strategic solutions, Heidi Browning, states that the billboard ad units are for awareness-building and that they work by grabbing listeners' (visual) attention at first impression "with a gorgeous canvas."

"The 'Engineering Amazing' campaign features some of our most compelling safety and hybrid technology, so it aligns well with Pandora and allows us to deliver our message to an engaged audience that expects to receive relevant ads with minimal disruption," says Brian Smith, VP of marketing at Lexus.

Lexus also did a program on Pandora called the Future-Proof station comprising 100 songs chosen by Nic Harcourt to be as good half a century from now as they are today. The station also had a consumer engagement element where listeners could submit songs they thought would be timeless. Harcourt is a music expert and radio personality who hosted Morning Becomes Eclectic on L.A. station KCRW and launched the careers of artists like Coldplay and Norah Jones. (Harcourt has also voiced Land Rover ads).

Last year, Lexus began advertising on Pandora's iPad app, as did Starbucks and Budweiser, at a time when Pandora had some 30 million users on mobile. Lexus used its ad to tout its LFA super car with an ad unit that appeared to have the car rev its engine so powerfully that it shattered a champagne flute.