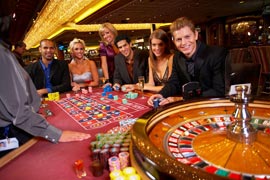 People who participate in online communities are more likely to make risky financial decisions, according to a new study from researchers at Rice University, the University of British Columbia and the University of Zurich. The study based its results on user behavior in chat rooms and message boards on peer-to-peer loan site Prosper.com and eBay.

Among the findings, a study of 600 lenders on Prosper over an 18-month period shows that those who participated in online discussion forums possessed riskier loan portfolios and lent their money to borrowers with worse credit ratings and greater chances of default than nonparticipants.

Through Prosper, which boasts 1.1 million members and $249 million in personal loans as of August, consumers borrow and lend money to one another directly without mediation by a bank or other financial institution. Many lenders participate on a regular basis in its community forums to discuss lending strategies, weigh in on the quality of individual loan requests and socialize.

In relation to eBay, the study followed 13,000 customers over a two-year period on the e-commerce giant’s site in Germany. It found people who joined its online community venues engaged in riskier bidding by placing more bids on each item and spending more for items they won.

Overall, online community participants tend to believe that others they chat with online will support them in difficult situations, and this perceived support causes them to make riskier financial decisions. The more active people are in online forums, the riskier their decisions tend to be. The effects are stronger when the main topic of conversation relate to investing or bidding rather than socializing.

"Participants in these sites somehow come to believe that their fellow community members will come to their aid when something goes wrong, but in reality, they are out there on their own and could suffer adverse consequences," said Utpal Dholakia, professor of management at Rice University. He pointed out that these forums differ from social-networking sites like Facebook because the people involved are usually unknown to each other.

Because greater risk-taking can lead to greater loss, online communities can also negatively impact financial or other companies indirectly. "If, for example, members of a discount brokerage firm’s online community invest more aggressively by buying riskier stocks that perform worse than market averages, this would affect them adversely and also hurt the firm’s standing and brand name,” argued Dholakia.

Dholakia was also the author of a much-publicized study last year that found that Groupon deals were unprofitable for one-third of the businesses that tried them. Subsequent research in June by Rice University concluded that daily deal sites will likely have to settle for lower shares of revenue than they do now.  They will also find it more difficult to fill their deals pipelines over the next few years.