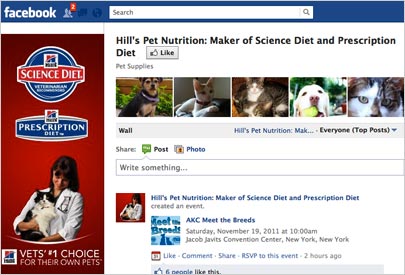 Overall, pet food buyers are not satisfied with their purchases, according to the American Customer Satisfaction Index. Customer satisfaction in the category slips for a second year, down 1.2% to 82.

However, with a 2% gain, premium brand Hill’s Pet Nutrition (Colgate-Palmolive) takes over the industry lead at 84 and holds the advantage over Procter & Gamble’s premium offering, Iams (+1% to 81).  Del Monte (-1%) and Nestlé Purina PetCare (unchanged) round out the industry with middling scores of 82.

Price plays a key role in depressed satisfaction, says Claes Fornell, founder of the ACSI and professor of business administration at the University of Michigan’s Stephen M. Ross School of Business.

“In an anemic labor market with tight household budgets, this leads to more price competition, deflationary pressure, and a further weakening of aggregate demand,” Fornell says in a release.  “The best defense a company can have against competitive efforts to take market share is to have satisfied customers.”

The ACSI report, based on more than 6,000 surveys collected in the third quarter of 2011, looks at which pet food companies satisfy buyers most based on value, quality, and loyalty. The manufacturers measured include: Del Monte Foods, Colgate-Palmolive’s Hill's Pet Nutrition, Mars, Nestlé Purina PetCare and Procter & Gamble’s Iams.

ACSI is a national economic indicator of customer evaluations of the quality of products and services available to U.S. household consumers. Data from interviews with approximately 70,000 customers annually are used as inputs into an econometric model to measure satisfaction with more than 225 companies in 47 industries and 10 economic sectors, along with over 200 services, programs, and websites of approximately 130 federal government agencies.

The overall ACSI remains unchanged at 75.7 on a 100-point scale. In other categories, Heinz topped food for a 12th straight year with customer satisfaction rising 1% to 89.  The rating also makes Heinz the number one among the ACSI’s 225+ measured companies. Food manufacturing as a whole is stalled at 81, following last year’s decline in the face of rising food costs.

Sara Lee and Campbell Soup, both down 4% to 82 and 79, respectively, suffer the largest falloff in customer satisfaction.  The loss pushes Campbell Soup to the bottom of the industry and into a tie with Tyson (+3%) and the aggregate of smaller food producers (-1%).

Customer satisfaction with athletic shoes moves up incrementally to 81 (+1.3%), but consumers see little difference among the brands.  The largest players in the category, Adidas and Nike, are deadlocked with scores of 80 after a 2% drop for Adidas this year.

After two years of steady improvement, customer satisfaction with apparel products such as jeans, hosiery and underwear is unraveling, down 3.6% to 80.