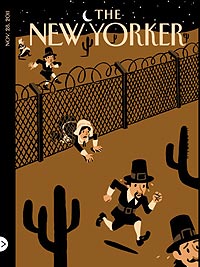 The magazine industry has placed much of its hopes for growth on selling digital editions of its titles via tablets, e-readers and other connected devices. This fall, publishers such as Conde Nast and Hearst have announced adding hundreds of thousands of digital subscribers to date across various devices, including the iPad, and Kindle and Nook e-readers.

But to get a better idea of how readers are responding, MPA -- The Association of Magazine Media -- earlier this month surveyed more than 1,000 people who read digital magazines via apps designed for tablets and e-readers.

The study found that owning one of those devices boosted magazine reading, with 90% saying they are consuming as much -- if not more -- content than before.

Beyond that, nearly two-thirds (63%) want more magazine content in digital form, more than half (55%) like to read back issues digitally, and 86% want to share issues or articles.

According to the study, conducted by research firm Affinity on behalf of the MPA, nearly three-quarters (73%) engage with magazine ads at least some of the time. That high interaction rate could be partially driven by the novelty factor of tablet editions, as well as the larger size of ads compared to mobile phone screens.

Six in 10 say they want to be able to purchase products and services directly from ads, while 70% want to be able to do so from editorial features. Eight in 10 would like to be able to include a gift card pre-loaded with a digital magazine subscription when giving a mobile device as a gift this season.

The study also had welcome news for the growing array of digital newsstands, including Yahoo’s Livestand, AOL Editions, Apple’s Newsstand and the Kindle Fire’s newly announced newsstand, boasting 400 magazines and newspapers. It found that most of those surveyed (76%) want more electronic newsstands, as well as the ability to easily find specific titles to download (79%).

Users are also looking for consistency -- nine in 10 want the same functions and navigation schemes across all titles. When it comes to video, less is more. Seven in 10 want videos in digital editions to run a minute or less.

Publishers are counting on the release of new tablets like the Kindle Fire and Nook Tablet to boost digital magazine circulation. But according to the survey, only 12% of device owners surveyed said they had already pre-ordered the Amazon tablet as of Nov. 8. Some analysts have estimated that up to 5 million Kindle Fire devices could be sold before year’s end.