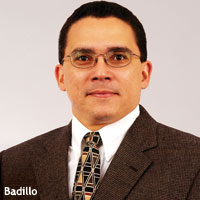 Retailers, marketers and experts always paw through the remnants of Thanksgiving weekends, looking for signs about how the remainder of the holiday season will unfold. And while much of what has happened so far this year was as predictable as doorbusters and free gift wrap, Frank Badillo, senior economist at Kantar Retail in Columbus, Ohio, says some of it was unexpected.

He fills Marketing Daily in on lots of new, unexpected events, including extra-strong spending, the relative rowdiness of some shoppers, and unexpected enthusiasm for midnight shopping.

Q: What’s the biggest change so far this season?

A: All those stores opening earlier, either on Thanksgiving itself or at midnight. That drew in new shoppers, and new spending. There was genuine newness to those tactics, and shoppers responded favorably.

Q: Will that translate to a stronger Christmas overall?

A: No. I think those sales are likely coming from spending that would have happened later, anyway.

Q: So you are expecting it to fall off?

A: I am. But I don’t think the let-up will be as severe as forecast. Our measure of consumer intentions is holding up pretty well. Fewer shoppers tell us they are planning to spend less in the coming month compared to last year. And almost 12% now say they plan to spend more, up a percentage point from a year ago. I don’t think we are going to see a double-dip recession. The job market and the housing market are firming up, and consumers are planning to spend. And last weekend, we did see them out there opening their wallets.

Q: What do you make of so many news reports of pushing, shoving, pepper spray?

A: Especially among lower-income households, there is an even greater focus on getting the best deals. The increase in fuel prices over the year means they have to scrimp more on discretionary spending, so the deals offered on Black Friday were all the more important. So if you combine those two things -- great deals and new tactics, plus an increasing focus on lower prices -- we were in for a great Black Friday.

But the frenzy around some of these deals, especially in electronics, shows the extent to which a lot of shoppers depend on promotions to make or break the holiday for their kids. It’s a sign of the extent of the pressure on these families. The only way their gift budget is going to make it through the holidays is if they get great deals.