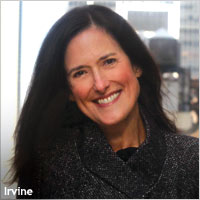 Irvine tells Marketing Daily that given the size of the market of young people who rely on social media platforms for the majority of their online activity, marketers need to integrate Facebook pages and Twitter feeds into their consumer-facing Web real estate and ads, versus taking consumers away from the page they are on.

She says brands must be tactical about their use of social media, pushing their Facebook pages and Twitter feeds to consumers in a relevant context as opposed to pulling them away.

"We have generated a body of consumers who are very skeptical of just about all institutions. Interestingly, the rise of peer-to-peer networking has actually accelerated that," she says. "Despite that, these same people are actually more brand loyal. That's why it is important for brands to find ways of having relationships with consumers. Credibility comes with people you know."

Irvine says the problem with using social media as an ad platform is that people don't go there to be perfused with content. "The mindset is socializing," she says, adding that the value of social is that it's an indicator [and connection to] one's peer network.

Vibrant's own toolbar unit, which resides at the bottom of a contextual ad frame, keeps a person on the content page they certainly would not want to exit to view, say, a marketer's Facebook page. She says the most engaging ads give relevant content within the context of the page they are viewing. "It is a trend that will take us into 2012."

As for mobile, Irvine argues that it is becoming an irrelevant term because most devices will become mobile as traditional desktops and even laptop computers are effaced by tablets, smartphones and hybrids of the two. That will force a redefinition of digital advertising and not just in terms of location-based platforms, but aesthetics as well.

The web is becoming as saturated as TV with video ad units, but Irvine doesn't think that means people will tune out video. "I had an experience [recently] of watching those late-sixties early-seventies Alka-Seltzer commercials with my mom." They are as good now as they were then, so I would say there is going to be advertising, it could be great or not, but we have a better opportunity of doing it well with video on the Web than any other medium. We have an opportunity to deliver excellent, impactful, dynamic and exciting advertising.

"If, in fact, people ignore advertising, how do you explain the studies that show the impact of images over time? This idea of 'banner blindness' isn't true. It depends on quality, user interest, and context."