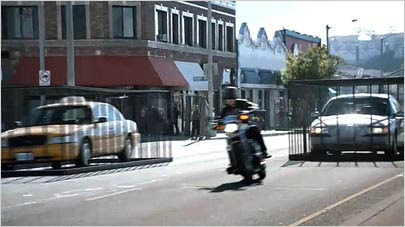 Harley-Davidson Motor Co. has been on a new kind of journey that involves a strategic marketing shift toward crowd-sourcing ad creative and marketing ideas. Sure, several brands lately have done programs like this -- Chevrolet and Doritos come to mind, vis à vis their Super Bowl buy, wherein their some of their spots will be created and chosen by fans. But there's a difference here. Harley-Davidson isn't sourcing fans for a big campaign, or a launch; it's going to its Facebook fandom for pretty much all of its creative ideas.

Granted, the Milwaukee-based company is in a unique position with regard to its equity among fans -- it's not a brand given to impassive owners. If you own one, you are likely not only to have a strong quasi-religious opinion about it, but are also likely to be a member of the local version of the Church of Harley, the HOG near you (that's Harley-Davidson Owners Group.)

The company launched the crowd-sourcing program, Harley-Davidson Fan Machine, last year, with Boulder, Colo.-based agency Victors & Spoils building the digital platform. The first campaign derived from this new process was "No Cages," which broke in the first quarter last year.

Harley-Davidson has been diverging from the traditional creative approach for road bikes (think "cruisers-on-the-great-open-highway-in-Idaho") creative approach for the past few years, probably since around the time Mark-Hans Richer, formerly of GM's now-defunct Pontiac brand, took the marketing helm there and started mulling ways to get younger consumers into the then-aging brand, as he had at Pontiac.

CMO Richer says there's really nothing terribly new about Harley-Davidson's crowd-sourcing strategy. "A year and a half ago, we made a decision to turn over the major creative to owners because we have a passionate customer base who want to engage with us," he says. "It's the outgrowth of a trend that has been there for many years; it is very much part of the brand. We have a very deep relationship with customers as a company, and this is really a modern manifestation of that. We are really just taking that spirit and advancing it."

The initial "No Cages" ad had people going about their lives in cages. Cages surround cars, they surround people, buses, even a person sitting in a coffee bar is in a cage. A guy in an econo-box (cage) looks longingly at the only person who isn't in a cage. That guy is on a Harley-Davidson.

More ads, also fan derived, followed. In one, a guy strolls into a pet shop, comes out with several leashes, attaches them to a stack of cages containing dogs for sale and takes off on his bike, pulling the doors off the cages. As he tears off down the street, the pack of freed dogs follow.

In the fall, Harley-Davidson/Victors & Spoils linked the Fan Machine program to Facebook, where the bike brand has around three million fans. About 8,000 of them have signed up to be Fan Machine contributors, per Richer. The machine lets the brand's Facebook community review an advertising brief, submit ideas and vote on ideas from other community members. Richer says that while the company offers incentives such as branded products and gear, "it's really about the spirit and creativity and passion of brand than the financial reward."

After selecting and rewarding the winners, Harley-Davidson brings in the agencies to build the ads. "We get whatever the main idea is that satisfied the brief, then we bring that in and conduct what we call 'the scrum,' where many of our other agency partners, specialty agencies, and digital media buying and planning surround it and blow it out."

Richer says that for three projects in the last few months the company garnered more than 500 ideas and something like 20,000 votes. "The first thing that shocked me was how good the ideas actually were," he says. "There were a lot of surprising insights. It's like a focus group and creative wrapped into one. There's so much variety and so many talented voices coming through, but we know what our objectives are in this environment. We start with strategies, so we aren't just throwing ideas at the wall and picking the funniest one."

It is also part of Richer's strategy to get younger consumers into the brand, as he says 40% of H-D's global Facebook fan base is between 18 and 34.  "Most people don't expect that," he says.

Last year, H-D became the No. 1 seller of motorcycles to young adults, per Richer. The company has dutifully expanded its product portfolio to include products like its Dark Custom line meant to appeal to these consumers, and he says the company is now also the No. 1 seller of motorcycles to women, Hispanics and African Americans. "We have made big progress, and at the same time we haven't lost any ground with more the traditional customer."