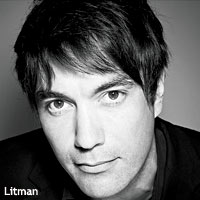 Private ad exchanges have proliferated on the traditional Web as publishers and entities such as NBC Universal, Weather.com and quadrantONE have created closed ad-trading environments to better control inventory and wrest back power from ad networks and public exchanges.

Lately, the trend has spread to mobile advertising, with rich media ad firm Medialets the latest to launch a private marketplace aimed at streamlining the mobile ad process.

Because digital ad-buying and selling is even more complex on the mobile side, the new Medialets platform aims to streamline the process for agencies and advertisers, while promising to help publishers sell more of their high-quality inventory.

On the buy side, the Medialets Private Marketplace is designed to give advertisers transparency into ad specs and placement, flexible purchasing arrangements and full campaign management and reporting.

For publishers, it provides the opportunity to deal with advertisers on an invitation-only basis, set pricing for different types of inventory and for different advertisers, and keep control over user data and when and where ads run. At the same time, Medialets CEO Eric Litman emphasized that the marketplace is not meant to replace a publishers’ direct sales efforts. “It’s all about helping publishers to see more of their class-1 inventory and helping make that inventory much more accessible to advertisers,” he said.

On the agency side, Litman says the cumbersome process of planning and buying mobile advertising has limited the numbers of campaigns they can take on, resulting in an overabundance of unsold inventory. Most estimates put the level of unsold mobile inventory at about 80%. “Agencies themselves work under really tight constraints in this business, and often it's difficult for them to scale multi-publisher executions,” he said.

The private marketplace is designed to simplify the process without forcing publishers or agencies to turn to ad networks to sell inventory.

So far, about 40 of the 200 publishers Medialets works with have tested the new platform that supports direct, guaranteed and reserved buys along with real-time bidding. The company did not name specific advertisers or publishers participating to date, but Toyota, Coca-Cola and Ritz-Carlton are among the marketers that have run mobile campaigns using its rich media solutions.

Razorfish and Hill Holliday are among agencies that have been testing the new system. Johnny Won, manager of mobile and gaming platforms for Hill Holliday, stated that by combining “the efficiencies of large-scale media buying with the control and confidence that comes with direct buys, Medialets Private Marketplace makes it possible for us to drive an even greater share of our clients' budgets to mobile."

While Medialets is maintaining a neutral stance in connection with the exchange, Litman said for a limited time the company will waive rich media fees for new advertisers. In addition to potentially augmenting its core rich media development and ad-serving business, Medialets will also collect a small fee from publishers for transactions completed via the marketplace.

Medialets’ announcement comes a month after mobile ad exchange Nexage unveiled its own private ad market. That platform is built on the Nexage Exchange, which handles 12 billion mobile ad impressions a month on behalf of 200 publishers and 125 buyers, including demand-side platforms, agencies and ad networks.