McCann Launches Its Own New Product At CES, CTCs Will Put Technology At Front Of Creative 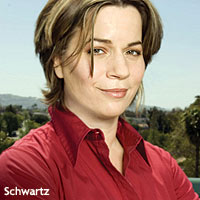 Amid all the shiny new objects on display at the annual Consumer Electronics Show in Las Vegas this week, one of Madison Avenue’s own new technology products will be on the CES floor. Actually, it will be walking it. The product is a new marketing services practice from Interpublic’s McCann Worldgroup that will do for creative, strategic planning and full-service account management what the legions of technology executives have been doing for media services: moving consumer technology to the front- from the back-end of the advertising process.

“This is about the storytelling piece,” explains Lori Schwartz, the former head of McCann parent Interpublic’s media lab, who joined McCann as part of the team former Mediabrands chief and current Worldgroup chief Nick Brien brought over from the media services division, and who is now one of four new Chief Technology Catalysts who will help the agency’s creative, strategy and account management teams figure out the best ways to utilize consumer technologies to tell stories on behalf of their clients’ brands.

Speaking with MediaDailyNews Monday, just before hitting the floor at CES with clients and agency account teams in tow, Schwartz explained that the new function is part of the same strategic imperative that is transforming the media side of the business, but now will be applied with the same expertise and discipline to creative and strategic planning.

“What matters,” she says, “is how the technologies are changing the way consumers experience brands.”

As an example, she cites the plethora of near field communications (NFC) technologies on display at CES this week and the fact that a consumer equipped with a device with an NFC chip in it, will enable marketers to tell them stories about their brands based on where the consumer is. If that happens to be in a retail location, the brand’s story can literally follow the consumer through the store, communicating and interacting with the consumer throughout their retail shopping experience.

Agency media technologists understand the implications of that, Schwartz says, adding that it is the role of McCann’s new CTCs to do the same for creative and planning.

The new function also creates an ironic new tension within Interpublic -– and if it catches on, most likely across Madison Avenue –- because it shifts ownership of media technology strategy from the media services groups to the creative agency.

In fact, the McCann technologists will most likely be bumping into their counterparts from Interpublic’s Mediabrands’ teams, including the ones who now run Interpublic’s New York-based lab, which has many of the same technologies on display that agencies and marketers will see at CES, but can interact with in a laboratory environment.

Schwartz concedes there is a competitive element to the new CTC function, but she calls it a “healthy competition,” and says it will force the media side to think about their role in consumer media technology, even as McCann’s creative and strategy teams rethink theirs.

For example, McCann’s CTCs will meet regularly with the same big media companies (Facebook, Google, Microsoft, and Yahoo) and start-ups that are transforming the way consumers use technology to interact with media and brand messages, but instead of focusing on developing relationships that lead to media buys, per se, Schwartz says McCann’s CTCs will focus on developing relationships that lead to better brand storytelling across those platforms –- something that is tantamount to a media buy, because if ad campaigns are created for those platforms, media budgets will follow.

Schwartz says it’s conceivable -- and even likely -- that the CTCs will develop new intellectual properties, including new media technologies, as an end to their storytelling means, and that it is the goal to make the CTCs a “revenue center,” not just an internal resource for McCann executives and their clients.

On a more immediate front, she says the group will be helping to keep McCann informed about the most significant technological developments, and that the group will be stepping up publishing, including white papers, such as the one it just released heading into CES (www.mccann.com/ces). It has also just launched a Tumblr site where Schwartz and her CTC counterparts –- one in each of four global regions –- will post weekly video updates on emerging consumer media technologies.

Schwartz, for example, might opine on developments coming out of CES or the upcoming SXSW festival, while here European counterpart, Mark Jackson, might weigh in on impact of mobile technologies in the U.K. The same thing will be true of their CTC counterparts –- Gregory Armshaw in Asia Pacific, and Glauco Yasuda in Latin America -– with regional perspective on how consumer technology is transforming brand storytelling in their regions.

Schwartz -- who continues to be a close friend of many of Interpublic’s media services executives, and is even married to the lab’s Chief Technology Officer, Scott Susskind -- says the competition will remain healthy and that while the lines may blur, but they will never be crossed.

“I’m never going to be planning and buying media, and I don’t think they’ll be getting into the creative side of the business,” she says.