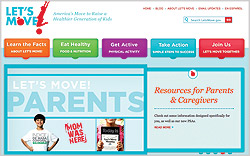 Sweetheart consultants for Democrats, SS+K extends its reign beyond the Beltway

After the fanfare from the 2008 grand slam for Democrats across the country, in no small part due to SS+K’s involvement in Obama’s youth campaign, the Democratic National Committee enlisted ss+k to revamp its image. It wanted a timely message that reflected the young Democrats that emerged from the newly Obamanized America. What SS+K did was use consumer marketing knowledge to bring a decades old brand into the 21st century.

SS+K’s roots are purely political. In 1993 partners Rob Shepardson, Lenny Stern and Mark Kaminsky found themselves working at the Sawyer Miller Group — a political consultancy about to be acquired by a holding company. Unsure of the benefits of new owner-ship and wanting to start a firm of their own, the trio broke off and formed SS+K. From the start their vision was to do something different and break the mold of agency organization, says Shepardson, founding partner: “We felt we could best solve clients’ problems with an integrated approach — a political way of thinking about communications.”

That combination of D.C. sensibilities with a New York spin led SS+K to quickly find its niche with clients that wanted edgy campaigns. But its groundbreaking work for the 2008 Obama for America Youth Campaign is what put the shop on the map. The Obama team, Shepardson says, believed that “properly engaged and employed” young voters could make or break the campaign. So SS+K went to work — abandoning convention, and launching a technology-driven grassroots campaign employing social media and customizable art in order to drive young people to voteforchange.com, where they could register to vote.

The result was the highest rate of young voters ever, earning the President 68 percent of the youth vote. Along with leading to the election of the President, the campaign won big at Cannes, bringing home a Titanium and Integrated Gold Lion. The company also gained Mike Moffo, now vice president of its D.C. office and former national director of special projects for Obama for America.

It’s that commitment to motivating Gen Y that landed SS+K on top of our list. Under the direction of Emmy-winning Kash Sree, chief creative officer, SS+K has positioned itself as an industry leader in cultivating creativity. Most of the agency’s 60 employees are under 30, avid consumers of culture and news, with plenty of political opinions. Bottom line: Everything about SS+K keeps the agency current on not just politics, but what the under-30 crowd thinks.

While the agency is mum on whether it will handle Obama’s 2012 effort, it spent the past year hard at work for the Democratic National Committee and the Democratic National Convention Committee, as well as the National Head Start Association. With the trend of politicians requesting brand campaigns, SS+K is in a unique position as they aren’t strictly political, and their clients run the gamut from Allstate to Honest Tea.

And while “politics has always been part of our DNA,” Shepardson says, the agency’s branding work on products informs its political work, and vice versa.
But there’s a limit to how far the agency will stretch its client roster. More types of national advertisers? Yes. But GOPers beware: Asked if the agency would ever take on a Republican client, Shepardson laughs and responds with an un- ambiguous “No.”