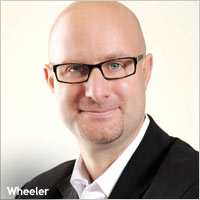 In what may be the most robust and detailed data analysis on the impact the social media connections of consumers have on the effectiveness of advertising and brand metrics released to date, marketing analytics firm 33Across is distributing eight months of so-called “brand graph” data used by 100 consumer marketers to target 250 online campaigns during the latter part of 2011. The most significant finding is that targeting ads on the basis of consumers' social media conversations and content significantly boosts the performance of all advertising metrics -- both direct response as well as the more elusive element of “brand lift.”

“People naturally assume that marketing to people in your brand graph drives significant lift in direct response, and this confirms that,” says Eric Wheeler, CEO of 33Across, explaining, however, that the more significant finding is that it also improves brand awareness, recall and consideration -- key goals for many consumer advertisers, and something online media has had a difficult time proving to date.

33Across was able to measure brand lift by conducting simultaneous online surveys of consumers about the brands from among the 200 million unique users in its brand graph database, and Wheeler says the performance of both direct response and brand metrics makes sense, because they are targeting ads based on consumers’ social graphs -- the conversations they are having and the content they are consuming related to the brands being advertised.

33Across is releasing detailed data on five important consumer marketing categories -- automotive, consumer packaged goods, entertainment, financial services and retail -- and while the relative impact varies across them, each showed significant lift vs. “control groups” who were exposed to advertising that was not targeted on the basis of brand graphs.

Entertainment had the highest overall brand lift (+77%) of any category, and Wheeler says that is likely because TV shows and other entertainment content were able to promote “tune-in” to consumers while they were buzzing about the content, making the entertainment brands even more relevant to them.

The most interesting category finding, Wheeler says, was in the impact of video advertising in the retail category, because he says retail marketers tend to emphasize direct-response forms of advertising.

“They tend to use hard-hitting direct-response messages,” Wheeler says, adding that he was surprised to see that video consumption was up significantly among users in that brand graph, and that exposure to retail video ads greatly impacts brand performance.

“While retailers don’t typically use video for direct response, maybe they should, based on these findings,” Wheeler suggests -- adding that the results might be part of a bigger social media phenomenon in which consumers are posting their own user-generated video showing them opening new retail items such as electronic equipment, or showing off the “haul” they bought at a retail store. This so-called “unboxing” and “hauling” behavior is part of the dynamic nature of social media users, and it’s beginning to impact the effectiveness of various forms of advertising aimed at them, Wheeler asserts -- adding that 33Across is releasing the data because, to date, he says so little of it has been available for Madison Avenue to look at and review in detail.

Wheeler claims that most of the analytics released publicly to date have been based on “very small amounts of data,” and that much of it is based on “post-transaction data” showing what consumers bought or responded to, but not what influenced them before the fact.

“What we’re discovering is that there is a very active graph around your brand, and you can make changes in real-time that yield dramatic lifts for your brand,” he says.